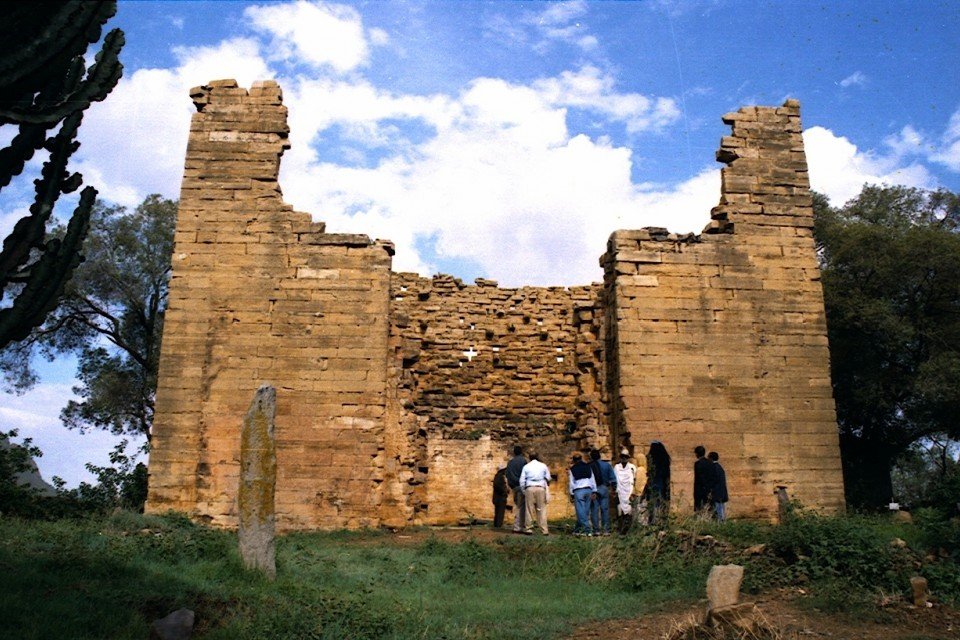 The ruin of the temple at Yeha, Tigray Region, Ethiopia

The Aksumite architecture grew in the region from the 4th century BC onward persisting even after the Aksumite dynasty to the Zagwe in the 12th century. Most structures like the palaces, villas, commoner’s house and other churches and monasteries were built of alternating layers of stone and wood. They had protruding wooden support beams in these structures which were named “monkey heads”. 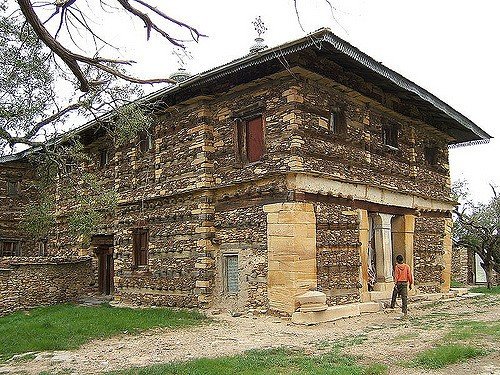