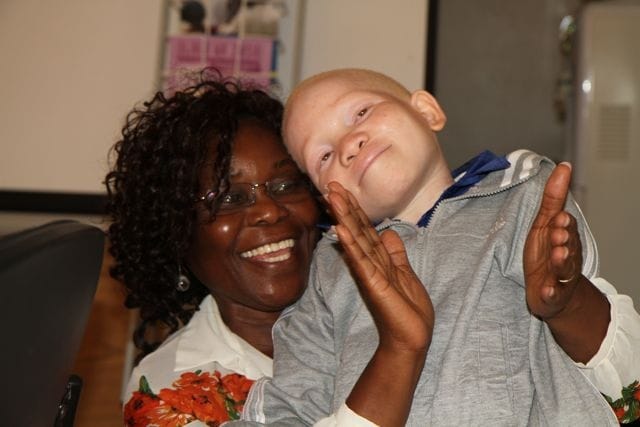 In 2007, Vicky Ntetema had been working in her dream career of journalism for more than 15 years. After schooling in the former Soviet Union and spending several years in London working for the BBC, she was happy to be back in Africa, back in her home country as the BBC’s World Service Bureau Chief.

All of that changed when she took an assignment to investigate the murders and mutilations of persons with albinism. For months, Ntetema carefully gained access to the witchdoctors who believed the blood and bones of albinos would grant spiritual power and financial success to them and their clients. Things took a turn for the worse when a police officer revealed her identity to one of the witchdoctors, whom he was also consulting.

Vicky recalled her flight from Tanzania on the “Defending the Voiceless” website:

“My undercover report was broadcast in July 2008. I received death threats from the witchdoctors, the business community, politicians and the police. I had to take sabbatical leave. I had no choice but flee the country.”

Although her career in journalism was coming to an end, her work as an activist was just beginning. Her story caught the attention of a Canadian who came to Tanzania and opened Under the Same Sun (UTSS), an NGO “passionately committed to ending the often deadly discrimination against people with albinism.” Vicky teamed up with UTSS and later became its executive director.

Since that time, she has worked tirelessly not only to raise awareness but to offer support, hope and compassion to Tanzania’s albinos and their families. She even traveled with one survivor whose arms were cut off to the United States to receive prosthetic limbs.

Vicky has been honored by many organizations for her journalism and activism over the years, but she says her deepest wish is “to see hope in the smiling faces of PWA and their families; I would like to witness children re-united with their families, the rights of PWA respected and all of them lead a dignified life, becoming independent and contribute to the development of their nation. This would change the perception of people about PWA and albinism in general.”