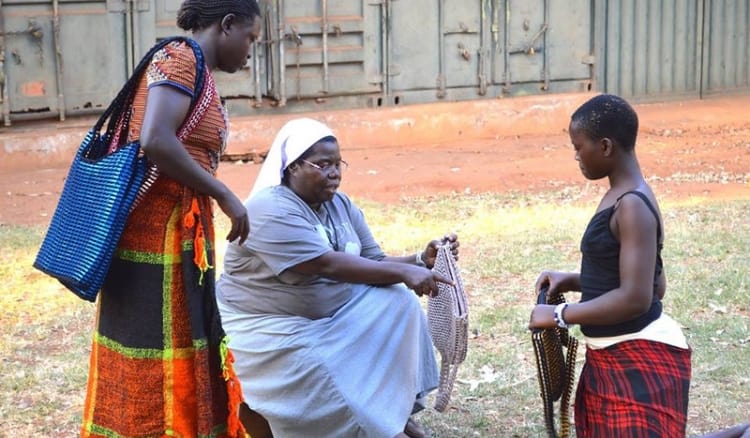 Sister Rosemary Nyirumbe – Helping Girl Child Soldiers Regain their Dignity
The costs of war are beyond calculation, for the dead and the living alike. As decades of open conflict in Uganda came to an end, a new problem emerged: thousands of girls who had been kidnapped by rebel groups and then forced into both the army and the beds of their captors. Social customs made it nearly impossible for the girls to be reintegrated into their former communities. In some cases, they had been forced to commit atrocities against the people they once lived among. Many had also become unwed mothers.

Sister Rosemary Nyirumbe has been a godsend for these girls. She operates the St Monica’s Tailoring Centre in Gulu, Uganda. There, she has helped more than 2,000 girls to find a new start in their lives. At her centre, they learn sewing skills that can help them support themselves and their children. Sister Rosemary also ministers to the souls of her young residents as they recover from multiple traumas, including sexual assault, death of family members, loss of community and memories of the violence and murder they were made to carry out.

As shown in Sewing Hope, a 2014 documentary about her work, Sister Rosemary helps the girls to heal and rebuild their identities not with her pity, but with her strength. “St. Monica’s, for these girls, is really helping them to get integrated again into the society,” she says, “becoming self-reliant, not relying on other people to help them.” She was not much older than her girls when she began training in the Catholic order and faced her own dangers in Gulu, when rebel soldiers shot up her high school.

“It’s really very difficult to find hope, but I just say, I start living it now. To think about hope, walking towards hope, I like to live now, positively. My hope starts now. I’m not going to think of yesterday. And this I tell the girls. ‘The past is gone. You’re not going to recover it. But you can live today. And if you live today, you are living tomorrow.”