The African Food Prize, which was launched in Ghana in April 2016, recognizes outstanding individuals and institutions that are leading the effort to change the reality of farming in Africa into businesses that thrive.

It aims to put a spotlight on bold initiatives and technical innovations that can be replicated across the continent to create a new era of food security and economic opportunity for all Africans.

Reacting to his win, Dr. Nwanze said he dedicates the award to “the millions of African women who silently toil to feed their families.”

Ultimately, Dr. Nwanze was chosen for his outstanding leadership and passionate advocacy in putting Africa’s smallholder farmers at the center of the global agricultural agenda. 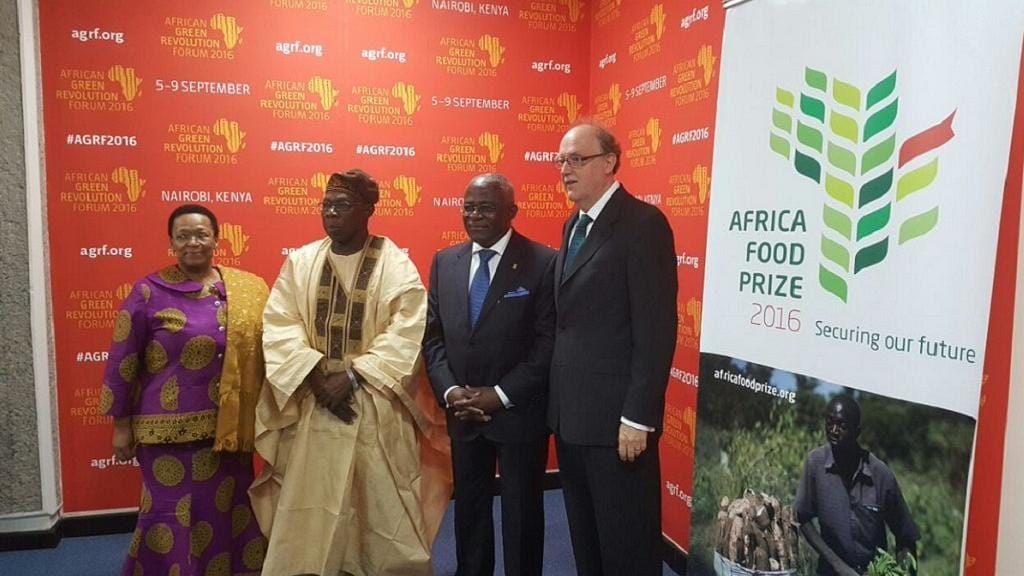 A press release issued by IFAD also recognized Dr. Nwanze for his leadership efforts, measurable results achieved, and giant strides made at IFAD in the years since he assumed leadership of the Rome-based international organization.

“IFAD… is not the same organization today that it was in 2009, when Nwanze took office as President,” said the press release. “Despite a major global economic downturn, he succeeded in growing the fund’s overall resources, with significant increases in commitments from member states. As a result of this overall increase in IFAD’s portfolio of loans and grants, its ongoing investments in Africa more than doubled – from $1.3 billion at the start of Dr. Nwanze’s tenure to $2.7 billion in 2015 – benefiting more than 75 million rural people.”

Since he assumed office, Dr. Nwanze has worked tirelessly to increase the number of IFAD country offices in Africa, from the six offices he met when he took over the organization in 2005 to 20 offices spread across Africa and a total of 40 offices worldwide.

“The idea behind opening more country offices is to bring IFAD closer to the people it serves, not only to motivate our own staff, but to more effectively work with rural communities, learning from them and adapting our investments to transform the environment in which they live and work,” Dr. Nwanze said.