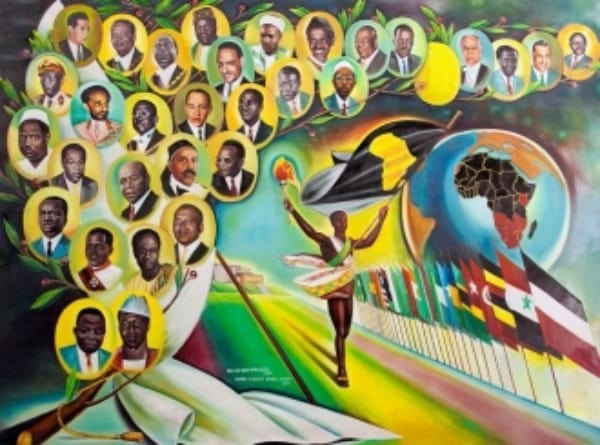 Arguments for Pan-Africanism seem to have decreased in volume, strength, and number as time has worn on, with the opposite being true for imperialism and post-colonialism that demolishes African (and Third World in general) economies, politics, society, pride, and more. And with these circumstances, it seems like a good time for us to ask ourselves why Pan-Africanism isn’t boldy on the table.

SEE ALSO: Should Robert Mugabe Really Be Criticized for Partnering with China?

Given that politics are no longer uni-national and that alliances and compliance are the order of the day for successful economies, the setting up of institutions like the International Monetary Fund (IMF) and the World Bank have proven useful to the West in channeling a united force of western dominance on the Mother continent.

Institutions like the African Union claim to be acting for Africans, but it only appears to be the case that they are acting within Western paradigms whilst supposedly trying to erase their effects, which is totally retarded. Their tireless endeavours to attract aid and foreign direct investment (FDI) while supposedly acting for independence are terrifyingly nonsensical.

FDI is dependence and aid is a contract extension for exploitation.

Most of our leaders are preoccupied with individual advancement and most of the discourse against Pan-Africanism centers around topics of greed like the neo-colonial elite, i.e., how their existence is proof that all is well despite them being a frightening minority in addition to concerns over nationalism and statism, where integration would impede any one country’s development.

The error of development, as we know, is in the misconception that there exists a ladder on which a state can climb from low levels of economic prominence to high. But because there is just one economy, the world-systems economy (that is violently biased toward the West), no such ladder really exists.

Order is maintained through alliances, compliance, and coercion that can and is only changed through victory in a world war. (See the U.S. victory in World War II and subsequent position as the hegemony and institution of organisations like the World Bank, United Nations, and the IMF to maintain dominance for themselves and their alliances at the expense of the “Third World.”)

This means that political and economic systems in place in Africa and the rest of the world are by function to place and maintain a heavy boot on the neck of this continent. How then is it that we continue to support these very structures at the ballot box and at the market till?

Surely the economic and social emancipation of the African is not in answering to western bullying in the way that the bully has designed but the creation of African answers that either manipulate the western stranglehold slightly by assimilating in a strong, African way or responding with full-out war (which union would suit.)

Peace and protection were accorded to the children of colonials without our consent. Primitive men ruled before African “independence” and continue to do so afterward. In this day and age, with Nelson Mandela and all, the average White South African earns almost five times as much as the average Black South African and is six times more likely to find employment.

White South Africans are also in possession of 42.5 percent of management jobs, even though White people are less than 10 percent of the South African population. Yet, South Africa is supposedly one of the better African countries to be Black in.

In addition, we must remember that separate states were not a reality until the Berlin conference of 1885, where the African continent was divided among western countries for plunder and colonial rule. How had our people existed until that point, what is it that stops us from existing in that way now? There is no common fact constituting where and why a border should be, it is only the rule of colonials and war.

With imperialism and post-colonialism, countries still act as bottomless slices of the African cake for the first world to indulge in. It surely baffles the mind how anyone can think that the First World’s design is here to assist the Third World.

And while we know that no idea is without flaws, and obviously, a political and economic union of more than 50 states would have its share of problems, the purpose should be to multiply the strength of all regions in a “whole is equal to more than it’s parts” kind of way through shared political, intellectual, and physical resources.

This is why uni-state revolution is doomed to fail. There is simply not enough power in any one African state to affect lasting, meaningful change.

Militarily and politically, in the international realm, it would be sensible to unite in the cause against said economic plundering of the West or the core states on the African periphery. Unity would not only be strength in numbers but also a match for the unity of the aforementioned core.

It’s still a mystery as far as what would happen or work. We have no crystal ball, but what is certain is that western systems and paradigms are well in place to maintain an order where westerners of any particular geographical disposition are generally superior to Africans and that is unacceptable.

This means that change is a must.