October 2011 — To celebrate the debut of the AFRICA21 Radio Show and the AFRIKA21 Mixtape Project, Society HAE and BBOX Radio will close out CMJ Music Marathon with a showcase on Saturday, October 22 at BBOX Radio at the recently opened Dekalb Market (formerly Albee Square Mall).

Dubbed "Your Soundtrack To The New African Renaissance," AFRIKA21, a weekly online radio show at www.bboxradio.com, introduces audiences to contemporary new music coming out to the continent and pairs that with an eclectic mix of music inspired by the continent.  The Afrika21 CMJ showcase will follow this suit by showcasing young music makers that are re-defining African music.  Featured acts include Ethiopian reggae-dancehall artists Sheba,  Afro Beat inspired Nigerian rapper/singer/songwriter Khali Abdu and 2011 South African Award winner, singer, Nomsa Mazwai. 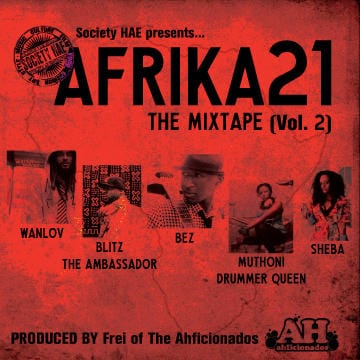 The showcase will take place on Saturday, October 22nd at 5pm at the Dekalb Market, located in downtown Brooklyn at138 Willoughby Street at the corner of Flatbush Avenue Extension.  An "open-air" dance party will follow the showcase from 8:30pm – 11pm. Chief Boima and Lamin Fofana, both from Sierra Leone along with Frei of the Ahficionados, will provide the soundtrack for the party. On view during the event will be a photo installation of portraits of emerging African musicians by award winning Sierra Leonian photographer Delphine Fawundu.  FREE ADMISSION.