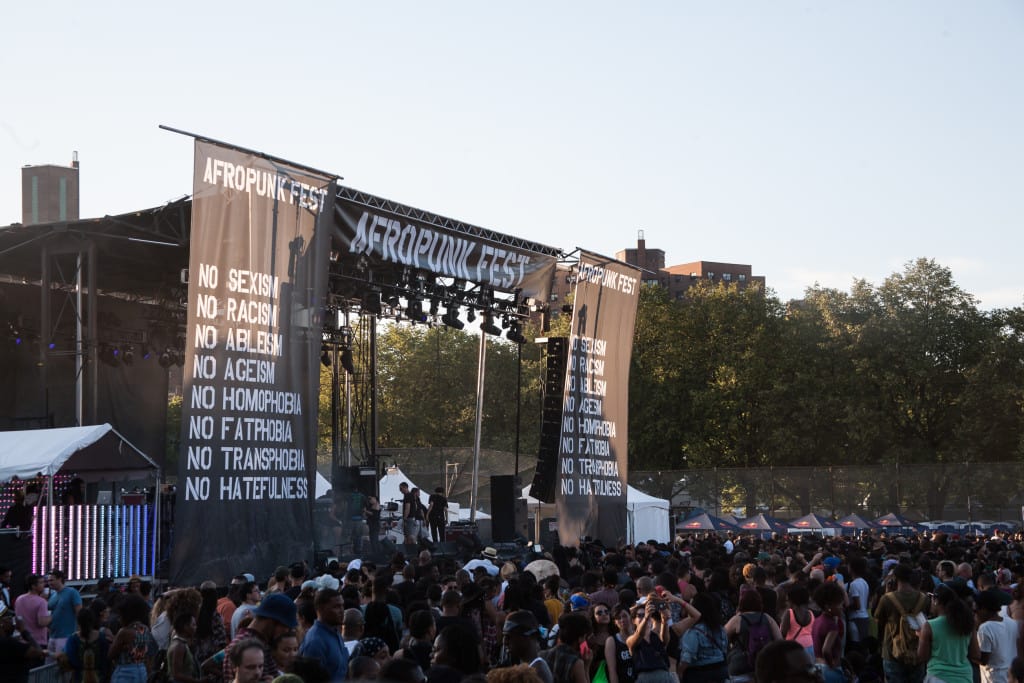 Brooklyn, the hippest city in the world, was once again home to this year’s Afropunk Festival. With the popular festival themed, “Born in Brooklyn. Built by people of color, Run by people of color,” curator and co-founder Matthew Morgan started the very first festival at Brooklyn Academy of Music in 2008 with such acts as Tamar-kali and Fish Bone. Now in its 11th year, Afropunk is one of the most sought-out progressive musical festivals of hard-core punk hip-hop, electronic, jazz, and soul music, drawing people from around the world.

This year’s Afropunk festival expanded to Paris, France, and will be held in Atlanta, Ga., later this October.

Brooklyn’s festival attracted thousands of tribes of cool, artsy, and edgy hipsters, fashionistas, and rockers who gathered for three days at Commodore Barry Park in Fort Greene for the celebration and empowerment of Black love, beauty, art, and expression. 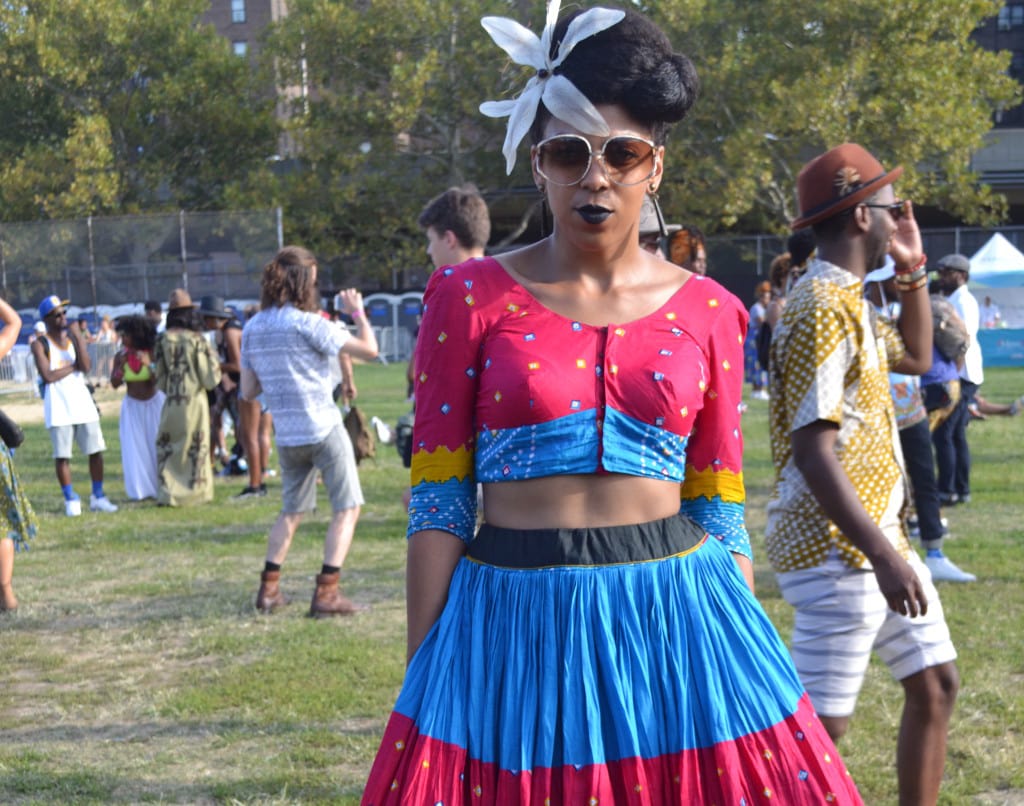 Kicking off on Friday with the Fancy Dress Ball fundraiser hosted by Michaela Angela Davis, Afropunk continued its tradition of inspiration and good energy, with the gala dinner raising awareness for Afropunk’s global initiatives to promote civic participation through community volunteerism and activism, which focuses on social issues and injustices. 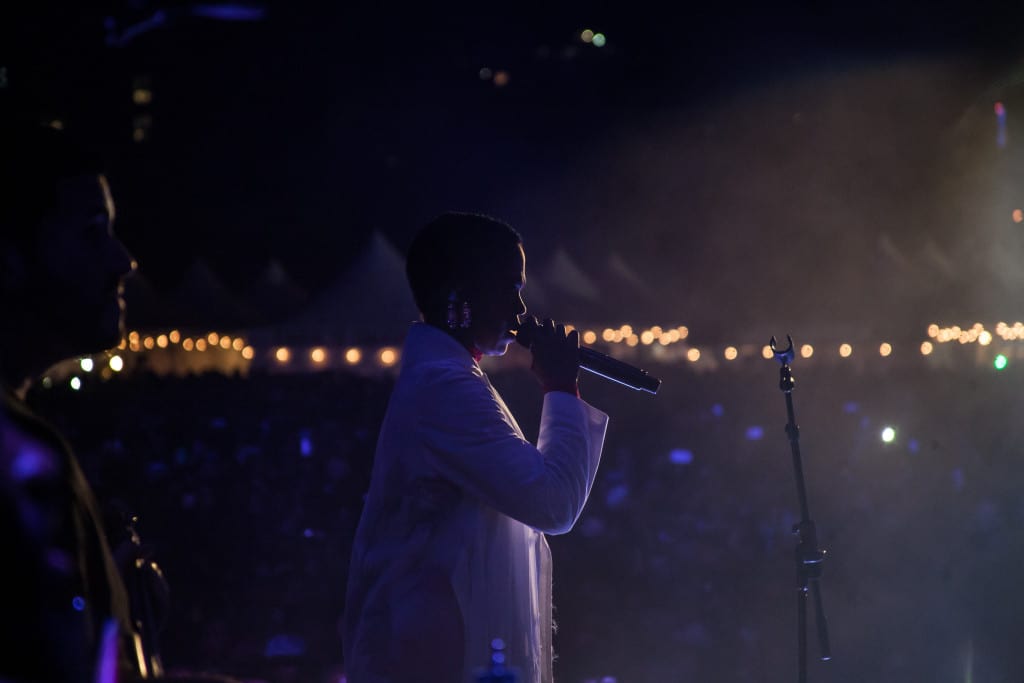 Other performances included music sets by DJ Beverly Bond, DJ Soul Summit, and the Mobile Mondays crew that drew in the masses as music fanatics raced to keep warm between sets.

Adding culinary flavor to the extravaganza was a couple of Brooklyn’s favorite restaurants featuring dishes, such as South African stews, from Madiba Restaurant and mouth-watering barbecue from Hill and Country. The official cocktail of day — a cucumber gin medley provided by Hendricks to wash it all down — kept revelers cool. 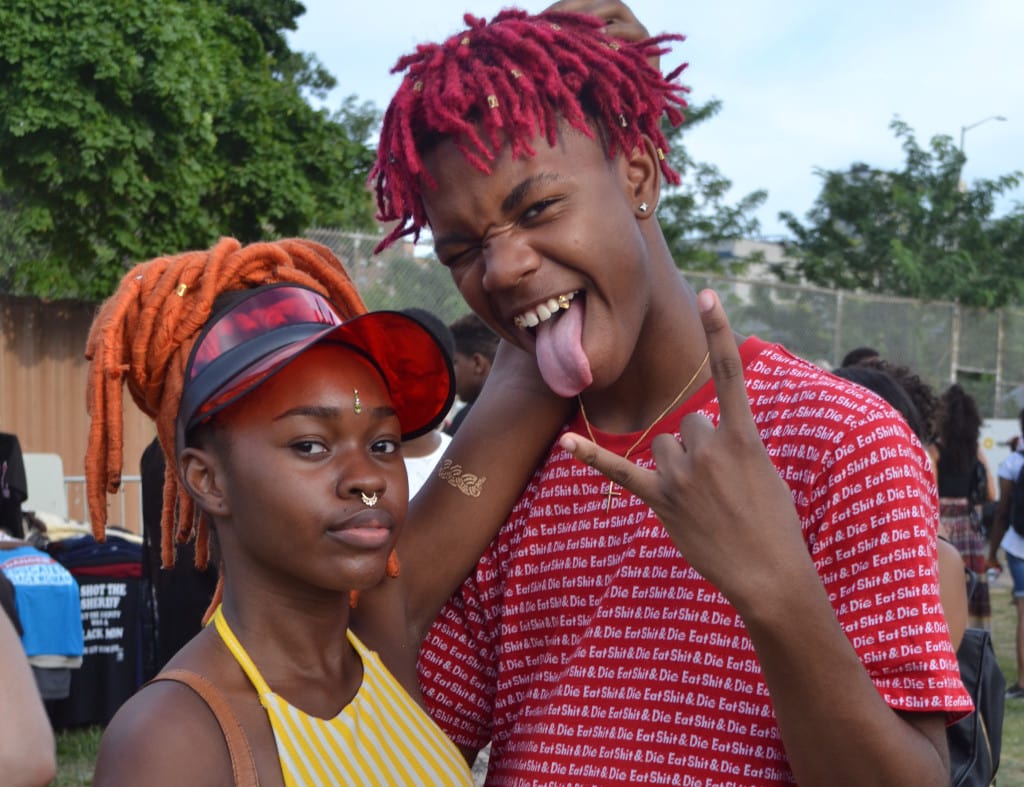 The highlight of the festival, though, was definitely the attending community who embody Black music, art, and culture.

With Fashion Week just around the corner, the Afropunk community definitely redefined the norm for what is happening on the streets, and their trends will surely be mimicked on the runways. 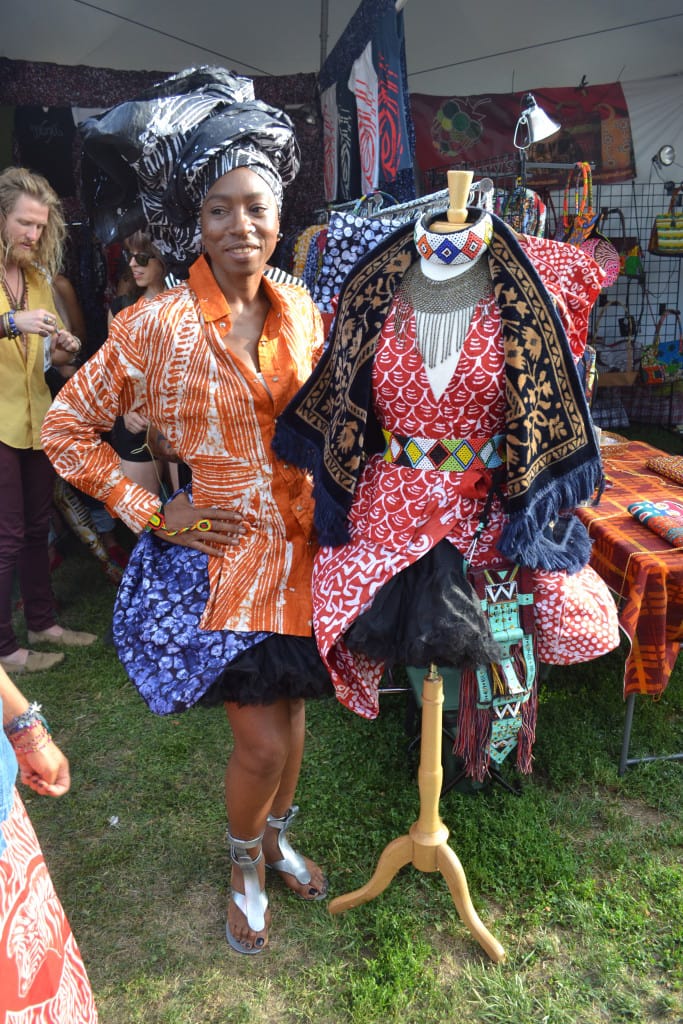 Check out the video highlights of this year’s fashions, hairstyles, music, and artists at Afropunk here: