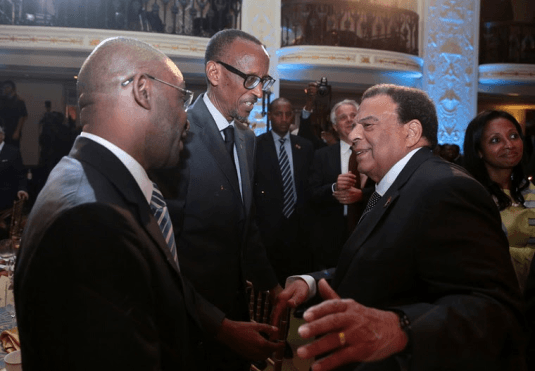 “I want to build a bridge between Africa and America. I want young African Americans and young Africans to work together in business.”  – Ambassador Andrew Young

Four decades ago, a young diplomat named Andrew Young (pictured right) spoke the above words during one of his many trade missions to Africa, inspiring a generation of Americans, including myself, to be passionate and committed to Africa’s growth, development, and engagement with America.

At the time, there was no Young African Leaders Initiative (YALI), no “Africa Rising” catchphrase, and certainly no glowing reports about Africa’s economic success story. In the 1960s and 1970s, there was Henry Kissinger, then-U.S. secretary of state, whose positive notions about Africa only extended to Egypt and Morocco.

Sub-Saharan Africa in the eyes of many world leaders of the day was an unkempt tangle of tribal conflicts, colonial struggle, and commercial abyss. In this context, Andrew Young saw opportunity and built a relationship between America and the continent brick by brick.

On Monday, August 4, African Heads of State, business leaders, and an American President gathered at the Mayflower Hotel in Washington, D.C., to honor Young’s work and legacy in a star-studded affair that also included NBA players and a performance by Patti Labelle.

In many ways, the U.S.-Africa Summit, the largest gathering of African Heads of State ever hosted in America, is the culmination of the work of Ambassador Young and others of the Civil Rights generation whose Pan-African activism was critical to the great gains on the continent we are celebrating today. 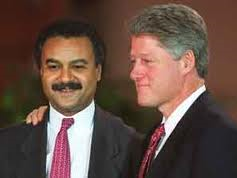 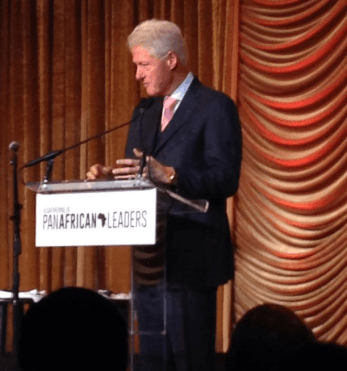 Former President Bill Clinton (pictured above, at right) spoke fondly of his relationship with Ambassador Young and also mentioned the late-Ron Brown (pictured above left) who he cited as probably the best U.S. Chamber of Commerce head that the United States has ever seen.

According to Clinton, “If Secretary Brown had it his way, we would probably be the United States of Africa.”

Brown signed landmark memorandums with the Southern African Development Community on trade and investment promotion after visiting Cote D’Ivoire, Ghana, Kenya, Uganda, and Botswana. As a result, he pushed for an increased presence in Africa, stating, “The United States will aggressively compete against, and eventually surpass, its global competitors within the African marketplace.”

Unfortunately, after Brown’s untimely passing in an airplane crash, the U.S.-Africa trade relationship went on the decline with AGOA being the first real attempt at transition from a “charity”-based relationship between the United States and the continent to a commercial one. 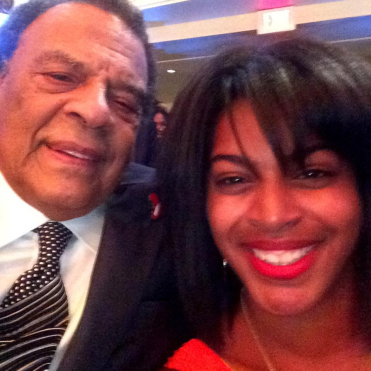 One week after the Summit, I (pictured above) am left wondering where the next generation of Ron Browns and Andrew Youngs are. During the Summit, there was only one event explicitly organized by African Americans in a town of affluent and connected Black people. The sororities and fraternities with headquarters in Washington, D.C., haven’t rolled out the red carpet for African leaders, even though 2nd- and- 3rd-generation African immigrants are increasingly a part of their membership.