Forbes has just released its list of the World’s 100 Most Powerful Women in 2017 and Isabel dos Santos, the daughter of the immediate former Angolan President Jose Eduardo dos Santos, is the only African who made the cut.

Ranked as Africa’s richest woman, 44-year-old Isabel is the current C.E.O of the Angolan national oil company Sonangol and has major stakes in other multinational firms in the country. She is estimated to be worth $3.4 billion, with Forbes reporting that her father may have transferred key stakes in several local companies to her.

In her career in finance and investments, Isabel has made some major milestones, such as becoming a controlling shareholder of Portuguese cable TV and telecommunications firm Nos SGPS (previously known as Zon).

But despite the immense achievements, Isabel has had her fair share of controversies. In 2015, some members of the European Parliament requested for a probe into her investments in Portugal, suspecting that they might be linked to some shady dealings.

Back home, some Angolans have often accused her family, which has ruled the country for close to four decades, of syphoning the public coffers and receiving kickbacks from local and international companies, especially oil firms, in exchange for lucrative government contracts.

She has, however, maintained that all her investments both in Angola and outside are aboveboard. 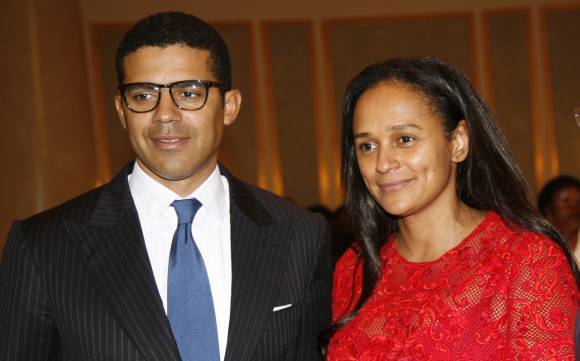 Isabel, a wife and a mother of three children, resides with her family in Luanda, Angola’s capital. On the Forbes list of 100 Most Powerful Women, the young Angolan achiever comes in at number 74, ahead of several highflying female personalities.

The list celebrates influential women who have made a mark in their respective sectors, including Technology, Finance and Investments, Entertainment, Politics, Philanthropy, Real Estate, Fashion, Healthcare, and many others.