The Burundian government has issued a directive prohibiting women from playing drums in a bid to safeguard the purity of the internationally-recognized age-old practice. In the decree, the government also banned the playing of drums at private events, including cultural festivals and weddings.

The BBC reports that anyone seeking to play drums or perform cultural shows in Burundi must be registered with the Ministry of Culture. But even those that are registered should only perform at official events.

“It is strictly forbidden to those of the female sex to beat drums. They can however carry out female folk dances accompanying the drums,” the BBC quotes the decree, which was signed by President Pierre Nkurunziza.

Many Burundians have rubbished the ban, terming it as “outrageous”. Others have criticized the embattled President Nkurunziza for what they say is giving priority to non-issues.

A couple of things that happened in the past week in #Burundi:
1. Presidential decree prohibiting women from drumming. You read that right.2. Parliament passed a law that among other things criminalizes the homeless. It is now a crime to be poor.

What a time to be Burundian!

No, this is not the @TheOnion https://t.co/k26iYGUBpO

Lately, a section of Burundian women has been drumming at different events, which the government says goes against the country’s long-held tradition. Burundians believe that the carving of the drum represents a woman’s body, its belly her vagina and the bulging legs her breasts. 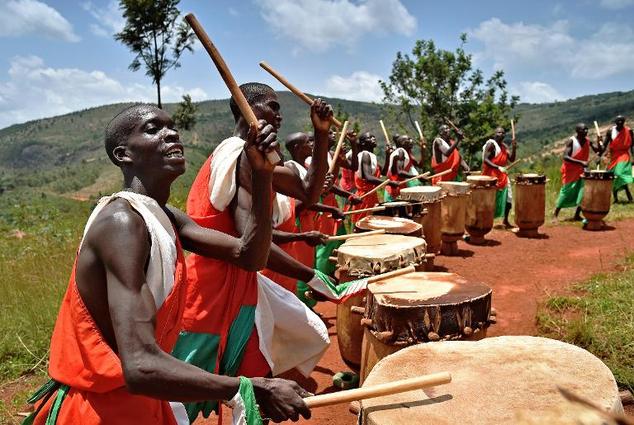 For centuries, drumming in Burundi was believed to be a sanctified rite symbolizing a united country. It was also seen as a symbol of peace and royal power. Therefore, not everyone was allowed to play it.

“It was no little thing, nor as commonplace as it is today… For God came through the drum to protect the monarchy and the kingdom, the whole country,” a Burundian Catholic Father, Adrien Ntabona, once told the Daily Mail.

Traditionally, drums in the east African country were played at important communal events such as the king’s coronation and the spring festival of the planting of crops. The festival was Burundi’s main fete, celebrated in December to bless the farms.

Although there are several types of traditional drums in Burundi, the one that hold great power and significance is “Karyenda”. In the past, it was hidden in a special place in the king’s palace and was only played for the king at special ceremonies.

Despite the changes in culture, the traditional ways of playing the drum and dancing to the beat remain the same.

In 2014, the drumming ritual was placed on UNESCO’s Intangible Cultural Heritage list, which defined it as “a spectacle combining powerful, synchronized drumming with dancing, heroic poetry and traditional songs”.