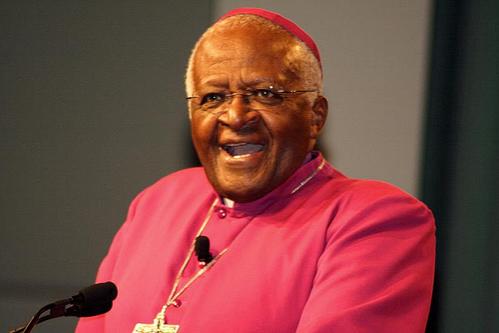 The Mo Ibrahim Foundation last week announced a one-off extraordinary award to be presented to Archbishop Desmond Tutu of South Africa who turned 81 yesterday, in recognition of his “lifelong commitment to speaking the truth.”

The foundation, whose mission is to support good governance and great leadership in Africa, will present the award directly to Archbishop Tutu later this year during the annual Ibrahim Discussion Forum in Dakar, Senagal. The topic for this year’s discussion is “the youth,” a subject that is very important to the Archbishop.

In a press release issued by the foundation, the decision to honor the Archbishop was inspired by 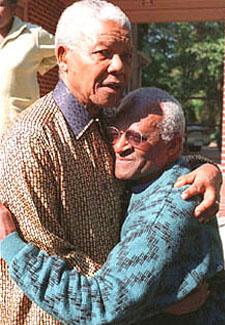 the desire to make a grant to an outstanding African civil society champion.

“Archbishop Desmond Tutu is and has throughout his life been one of Africa's great voices for justice, freedom, democracy and responsible, responsive government. In everything he stands for, says, and does, he displays a consistent determination to give a voice to the voiceless and to speak the uncomfortable truth.”

The foundation also announced that this new award is in addition to its signature award, “The Ibrahim Prize”, which is awarded to an African Head of State who has made a significant contribution towards a better democratic system. The winner of the 2012 Ibrahim Prize will be announced by the foundation on October 15th.

Commenting on the selection of Archbishop Tutu, the foundation’s founder, Mo Ibrahim, said “Whether one always agrees with Archbishop Tutu or not, his contribution to dialogue, to accountability, and to the debate on Africa's future has been unparalleled. His integrity and moral authority deserve recognition. We hope this Award will inspire the next generation to follow Archbishop Tutu's example and speak truth to power."

We congratulate Archbishop Desmond Tutu for this well deserving award. Which Head of State should be this year’s recipient of the Ibrahim Prize? Share your thoughts with us.