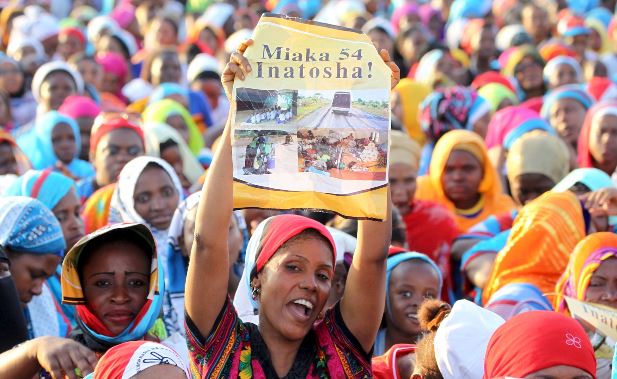 Disclaimer: I am not affiliated with any party in the United Republic of Tanzania and unless stated, opinions are my own.

There are so many possible directions I could take this op-ed, like talking about how the Chama Cha Mapinduzi (CCM) party, the ruling party of Tanzania, has become that annoying but predictable relative who somehow always seems to show up when dinner is about to be served and you just tolerate him for the sake of peace and sanity in the family.

Or how someone with a background like Edward Lowassa and a nickname like Lo-Rushwa (Rushwa means bribe in Swahili) can audaciously and adamantly talk about combating corruption in the country, yet he is the only Prime Minister in the history of Tanzania forced to resign on corruption charges!

A bit of an oxymoron I would say….

I know I probably come off sounding like a pessimist who has lost faith in our so-called democratic system and a political party that has held power comfortably for far too long. And though I applaud the efforts of the opposition when they formed their four-party coalition dubbed “Ukawa,” I couldn’t wrap my head around the possibility of Edward Lowassa becoming our next president given his scandalous background.

The campaigning and the recent general election that just took place will definitely stand out for numerous reasons, but what really stood out for me was the use of technology by the different political parties and individual politicians.

We now live in a day and age where information is literally at our finger tips and youth make a crucial part of that voting demographic, especially since we have doubled in size from 4.4 million in 1990 to 8.1 million in 20101 and constitute 12 million out of more than 22 million registered voters2.

Politicians have taken advantage of that by engaging with their followers/voters over social media sites, such as Facebook and Twitter, by sometimes utilizing these platforms for calls to action.

Whether this proved to be effective or not, I will leave that to the analysts, but I will ask this: how did the new Cybercrime law that was passed earlier this year in parliament impact political campaigns?

The new cybercrime law that was passed earlier this year in parliament on 1 April is shrouded in ambiguity and violates many international human right laws and can be interpreted however the government sees fit.

An example of this was when the opposition Chadema coalition’s exit-polling center was raided in the late hours on election night by men who identified themselves as police officers and 38 people were detained. During the arrest, police confiscated the opposition coalition’s laptops and intimidated members of the media.

On Tuesday, eight Chadema staff were charged under Section 16 of the Cybercrimes Act. The government accused the eight of publishing “inaccurate and unverified data” over Facebook, Twitter, and the party’s election management system3.

According to a survey done by Twaweza, a local Tanzanian NGO, there are three key issues that ranked high among those surveyed: economic challenges, health, and education. These problems have been ranked as the nation’s foremost problems for three years consecutively.

This is not to say that outgoing president Jakaya Kikwete hasn’t left a mark during his presidency. Under his leadership, Tanzania retains its reputation as one of the more politically stable countries in the region and one of the fastest-growing economies in East Africa. It is also noteworthy that foreign direct investment has doubled in the past five years to almost $2 billion4.

Also under Kikwete’s leadership, according to an analysis that was published in The Citizen earlier in the year, during his 10 years in office, Kikwete made seven cabinet reshuffles (excluding the mandatory ones he did in early 2006 after taking office and in 2010 after his re-election), which together led to the removal of 60 ministers.

What did Kikwete have to say about his 10 years in office? Well during a speech at the Woodrow Wilson International Center for Scholars in Washington, D.C., he said, “I was very young, just 55. But what I can tell you about this job is that it is stressful and thankless.”

I have had the privilege of meeting both Lowassa and Kikwete on separate occasions. The latter more than once and the former a couple of years ago while he was still hiding out in relative obscurity. And as the famous saying goes, “You never get a second chance to make a first impression.”

I also had the opportunity in 2010 to be the lead news anchor during the elections for one of the local TV stations and got to experience firsthand what goes on behind the scenes.

That experience completely shook the foundation of what I was taught journalism should be about.

I have also had opportunities to engage in platforms both internationally and locally to discuss governance issues in Africa, developmental concerns, and human right violations, just to name a few, on numerous occasions.

Now, I am not writing all this to boast about the things I have done. Instead, I share my experience so that you know that everything I have written, I do not write lightly and I have done my due diligence.

There was a key phrase that was trending throughout this whole election saying, “Kuna maisha baada ya uchaguzi,” (There is life after the elections).

And while I don’t know what changes, whether positive and/or negative, that president-elect John Magufuli will bring to the table, I do look forward to seeing what he will do during his first term in office.