Dubbed the pan-African achievement honors, The FACE List Awards celebrate the icons and heroes of today who have paved the way for the younger generation and impacted the discourse on pan-Africa’s image, its future, and potential.

The upcoming 6th annual edition will continue to carry on Face2face Africa’s tradition of honoring a group of inspirational heroes with uniquely fascinating stories to tell, and bringing the pan-African community together for an unforgettable evening of inspiration and camaraderie. 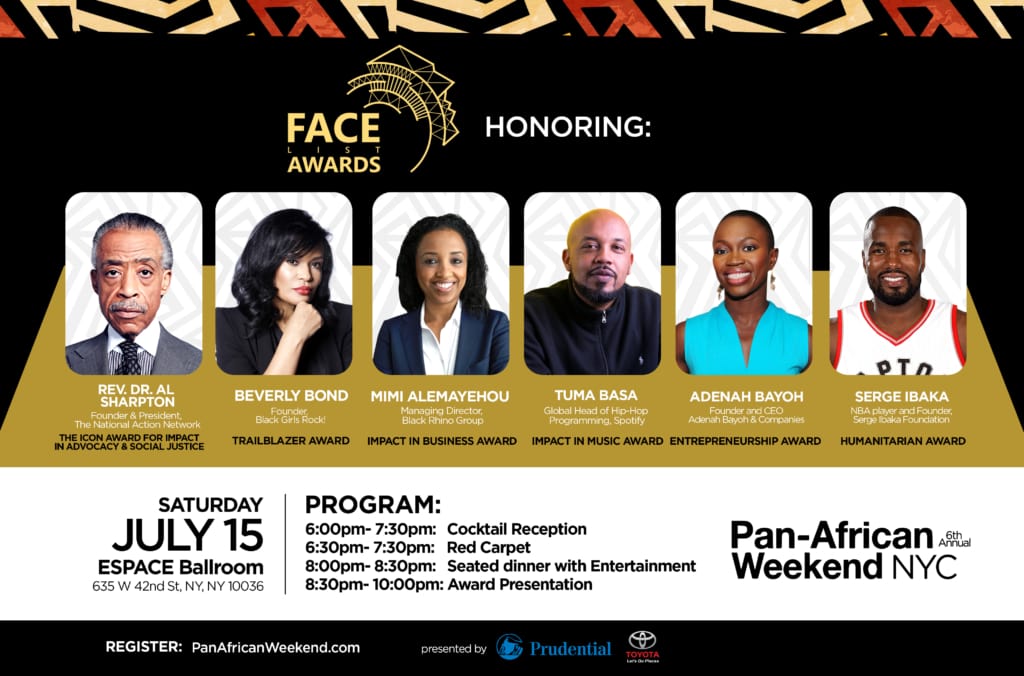 Ama K., who recently starred in the 2016 hit movie “Beasts of No Nation” as the mother of lead actor Abraham Attah is a celebrated actress, TV Presenter, and producer with several credits under her belt. She is listed among Africa’s Top 20 Actors and Actresses by FilmContacts.com.

Commenting on her role as host, Ama K. said:

“I’m excited to be hosting the FACE List Awards for the first time. The celebration of pan-African achievement is something that is very important to me, and I am thrilled to be able to work with Face2face Africa to showcase the achievements and excellence of our people worldwide. I am looking forward to a great event.”

Ama K. will also be sitting on the Fashion & Entertainment panel at the Pan-African Women Forum on July 13th, the official kick-off to the 2017 Pan-African Weekend in New York City.