He was awarded for directing several international commercials and music videos for One Source and Native VML’s campaign for Absolut, starring Khuli Chana, Sarkodie, and Victoria Kimani, among other renowned African musicians.

In a recent interview with Face2Face Africa, Sunu said, “Absolut was one of the greatest working experiences of my life. It helped me find my voice; the award is icing on the cake.” He added that he has always been a storyteller.

Born in Zimbabwe during the civil war, Sunu, who quit a lucrative career in the banking sector to pursue his passion for film, has built a successful career in film production and already has a bulk of award-winning creations in his portfolio.

“I realized that this was my passion and one day decided to leave the finance world to follow my first love – filmmaking,” Sunu says.

Some of his top clients include Nike, VW, Coca-Cola, Standard Bank, Vodacom, and the U.S. Tennis Association, to mention just a few, with SAB Castle’s “120 Year” campaign and the beautiful TVC for KFC being some of his latest productions.

Sunu and the entire Egg Films fraternity are excited to announce the release of their latest commercial, “Metropolitan,” which is set to debut this weekend.

“It was a dream project that allowed me to push the Afrocentric aesthetic [that] I’m so excited about,” says Sunu.

On the question of where the African film industry is going, Sunu was optimistic that the sector, which currently employs millions of Africans, is destined for greatness. 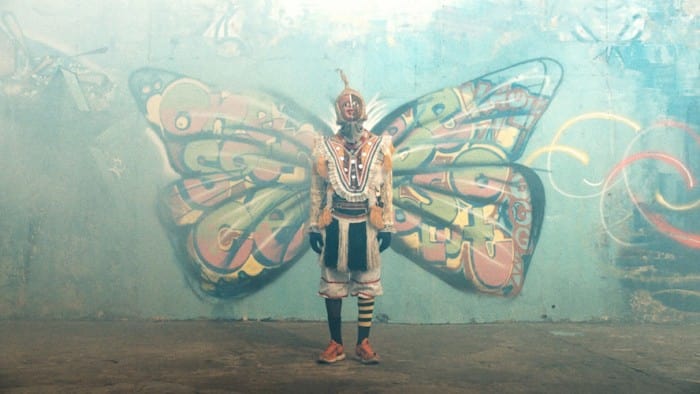 But with the lack of needed resources and the influx of amateurs, Sunu admits that professionals in the industry are constantly under pressure to improve their work.

“As directors, we are trying to find our own unique African voice under extreme circumstances, where creativity and ingenuity have become essential tools to not only winning jobs but in executing them without compromising,” Sunu says.

Dubbed in the industry as one of the finest directors, Sunu continues to display a refreshing talent, courage, diligence, and persistence.