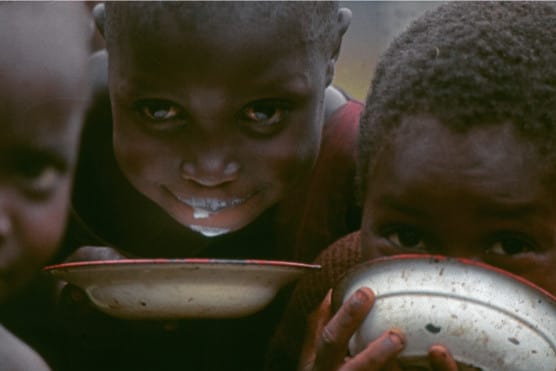 In the early years of its independence, Nigeria was rocked by a pair of coups between prominent ethnic groups that led to a portion of the nation, Biafra, to secede for a period of three years on this day in 1967. The period was an especially tense time for Nigeria and led to a period of violence and war.

Nigeria’s independence from the United Kingdom came about in 1960, creating a variety of new 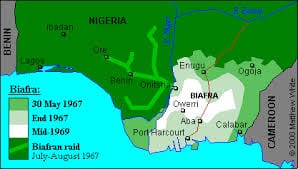 In January 1966, a military coup led by Igbo from the east led to the killing of 30 political figures, including Prime Minister Sir Abubakar Tafawa Balewa. President Nnamdi Azikiwe was spared in the attack. In July of that year, though, military officers in the north launched their own coup and Muslim officials there named an Anga Christian man, General Yakubu “Jack” Gowon, as its leader of the Federal Military Government (FMG).

It was estimated that around 30,000 Igbos were killed in this coup, thus escalating matters further. In January 1967, military officials and leaders from all the regions held a meeting in Aburi, Ghana, and established a confederation.

Northern Nigerians were not responsive to the plans made, though, and Obafemi Awolowo, leader of the western region, promised that if the eastern region seceded, then the West would also. The threat dissatisfied leaders in the north overall. The new federal government and eastern region officials could not come to an agreement and the region voted to split away from the nation.

The FMG launched an effort to seize the region, which was an oil-rich part of the nation, and important to Nigerian interests. The Biafrans were not as well-equipped as the FMG forces, although they fought gamely and managed to stave off some attacks.

By October 1969, however, the nation banned the Red Cross from giving aid to Biafra, restricting food supplies but allowing medical supplies to get through.

Ojukwu appealed to the United Nations for a cease-fire, which did not occur. Instead, Ojukwu fled to Côte d’Ivoire after elite fighting forces from the Nigerian Army managed to split Biafra in half by seizing much of the land. The nation surrendered on January 12, 1970, and was reabsorbed into Nigeria three days after.

More than 1 million Biafrans died from starvation according to reports.

In some historic accounts, this period sparked much of the clashes between the Christian and Muslim groups in the nation that continue to this day.

SEE ALSO: Aboriginal Australians Recognized In Census On This Day In 1967