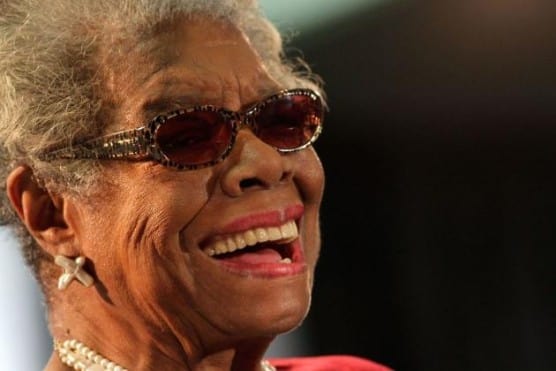 It would be impossible to capture the value of Dr. Maya Angelou‘s (pictured) work and her amazing life in simple words, considering that she has been an inspiration for so many. The world lost a valuable gem on May 28, 2014, when Angelou passed at the age of 86. Here, Face2Face Africa celebrates the life of Angelou and never forgets the gifts she left for us.

Angelou was born Marguerite Ann Johnson on April 4, 1928, in St. Louis, Mo. She and her older brother lived in the city until the end of their parents’ marriage led them to living in Arkansas with a grandparent. According to written accounts, the name Maya came from her brother and stuck for the rest of her life. Returning to St. Louis at age 8 to live with their mother, Angelou was assaulted by the mother’s boyfriend. News of the assault spread through the family and the man was jailed for just one day.

The man was found dead days later, which affected Angelou deeply, causing her to refuse to talk for years.

Moving back to Arkansas, Angelou would discover a love of reading while she processed the events in St. Louis. However, her family would be uprooted once again with them heading toward Oakland, Calif., with their mother.

Angelou won a scholarship as a teenager for dance at San Francisco’s California Labor School. She dropped out of classes and made history by becoming the first Black female rail car operator in San Francisco. Angelou eventually returned to high school, giving birth to her son, Guy Johnson, shortly after graduating.

Angelou’s struggles as a single Mother forced her to work jobs as a waitress and serve as a liaison for a prostitution business. But the 1950s would yield her some success as she became serious about dancing and performing. 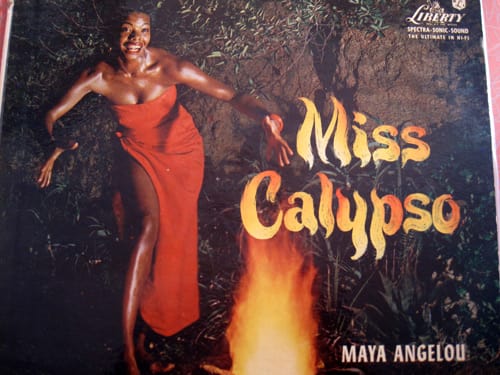 Crossing paths with dancing great Alvin Ailey, she formed a dance troupe but failed to capture an audience. Angelou married Tosh Angelos in 1951, and for the next few years, she toiled in the Bay Area’s dance scene. Her marriage to Angelos ended in 1954, but her determination to continue dancing was evident. In fact, the stage name Maya Angelou was born during this time as promoters wanted an exotic name to go with her calypso dance performances. Her debut album, “Miss Calypso,” would be the first of seven recordings in her lifetime.

In 1959, Angelou made her way to New York after meeting novelist James O. Killens. She joined the Harlem Writers Guild and crossed paths with legendary scribes, such as Julian Mayfield, Rosa Guy, and John Henrik Clarke, among others. In 1960, she became an active member of the Civil Rights Movement, after a meeting with Rev. Martin Luther King Jr.

Along with Killens, Angelou organized the Cabaret For Freedom event to help raise funds for King’s Southern Leadership Christian Conference (SCLC) group and become a coordinator for the organization.

Angelou would still grace stages, performing in a 1961 showing of Jean Genet‘s “The Blacks” alongside actors James Earl Jones, Louis Gossett, Cicely Tyson, and others. Forging a relationship with South African activist Vusumzi Make, Angelou and her son traveled to Cairo, where she worked as an editor for “The Arab Observer.”

After Angelou and Make’s relationship ended, she moved to Accra, Ghana, with her son so that he could attend college. She lived in Ghana up until 1965, working as an administrator for the University of Ghana.

Angelou was deeply involved in the affairs of Black Americans who expatriated to Africa.

Angelou’s time in Africa was especially vital to her writing career, with her becoming an editor for “The African Review” and a writer for the “Ghanaian Times.” She also worked for Radio Ghana and continued to work as a stage actor in Ghana and performed in Europe as well.

Also while in Ghana, Angelou became close with civil rights icon Malcolm X and returned to the States to help the leader form his Organization of Afro-American Unity group. After Malcolm X was assassinated, though, Angelou moved around the nation in a haze, working odd jobs and then finally returning to New York to resume her writing career. 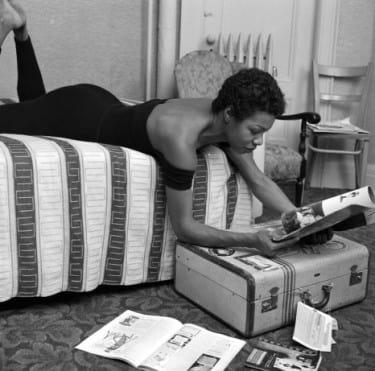 There, she and the aforementioned Guy, strengthened their bond and she re-established contact with the legendary James Baldwin. Mostly focusing on writing, the assassination of Dr. King on her 40th birthday in 1968 was a turbulent time. However, Baldwin encouraged his friend through the process. That year, she was inspired after a dinner with Random House editor Robert Loomis and next year published what would become her defining work, “I Know Why The Caged Bird Sings,” her first autobiography. 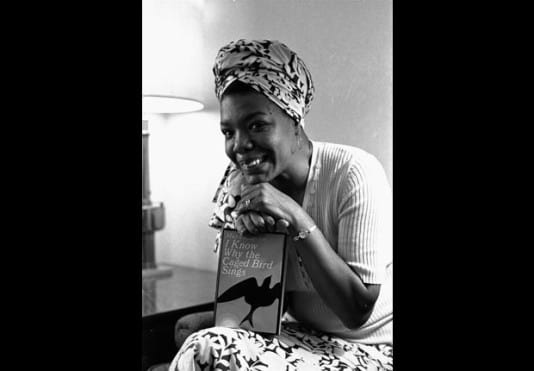 Angelou continued to make history, becoming the first Black woman to write a screenplay with the production of the film “Georgia, Georgia” by a Swedish film company in 1972. The 1970s were a rich, creative period for Angelou as she composed movie scores, wrote for singer Roberta Flack, penned several articles and scripts, and much more. In the late 1970s, she struck up a friendship with Baltimore television anchor Oprah Winfrey and maintained a connection with the media mogul for the rest of her life.

More than 30 colleges and universities awarded Angelou with honorary degrees, culminating into a lifetime Reynolds Professorship of American Studies at Wake Forest University in Winston-Salem, North Carolina, in 1981. Angelou taught a variety subjects at the school during her time working there, and she remained in the area until her passing.

With seven autobiographies to her name, Angelou’s influence on the great writers of today were no doubt formed on the heels of what she’s shared so openly in those pages.

Listing Angelou’s staggering achievements cannot grasp how vital she was to the literary landscape, and her connection to her people is often overlooked by simply referring to her as an author and poet.

Maya Angelou was far more than just her words.

Her deeds and her devotion to achieving personal excellence while bravely sharing her failures right beside her triumphs helped to humanize her. Regal in her presentation — yet still inviting — the warmth of her words stirred up inspiration in the souls of Black people around the world. Angelou’s voice and work remains as a living reminder that we all can aspire to be greater than our circumstances.

There are no tributes that would be fitting to properly honor all of her towering accomplishments. But what we all can and should do is show immense gratitude for Dr. Angelou since her ascension from this plane.

May she rest ever powerfully in peace.