“I believe that Africa can be the first half of this century what Asia was for the second half of the last. That’s the goal, but it will only become a reality if African leaders are able to drive the reforms their countries need, and African governments are equipped to deliver them.

Which is why, as Prime Minister, I set up the Commission for Africa, to look in to how to strengthen African governments and help them move to aid independence. And it’s why, when I left office, I set up the Africa Governance Initiative.” – Tony Blair

I was inspired to write this article after watching “Big Men,” a movie produced by Brad Pitt, documenting oil exploration by American company KOSMOS Energy in “Jubilee Field” in Ghana.

Located in West Africa, Ghana has historically been known for its production of cocoa and gold, which explains why the country was referred to as “the Gold Coast” during the colonial days.  Ghana, which means “Warrior King,” was the first African nation to extricate herself from the vicious grips of colonization in 1957, after attaining independence from the United Kingdom.

The movie opens with sound bites from the Oloibiri Community in Nigeria, a country known as the “Giant of Africa” due to its dense population. Nigeria earned its independence from the United Kingdom shortly after Ghana in 1960, and at nearly twice the size of California, the oil-rich country ranks as the largest economy in Africa. Nigeria is the 12th-largest producer and 8th-largest exporter of petroleum worldwide.

The correlation between Nigeria and Ghana in this documentary is somewhat ambiguous. As far as I could tell, the filmmakers were trying to contrast two different worlds: Nigeria, which has remained impoverished despite being one of the world’s largest producers and distributors of crude oil, and another world, Ghana, that is just beginning to grapple with the potential consequences of discovering this valuable natural resource.

In Ghana and Nigeria, the term “Big Men” is used to describe someone of great influence and affluent status. While these Big Men may not demand respect outright, they are nevertheless recognized as wielding significant power. Given the title of this documentary, one might expect it to highlight certain lifestyles of Big Men in Africa and examine their influence within their respective communities.

Unfortunately, this documentary took the more predictable route.  It focused instead on the lives of militants at the Niger Delta, contrasting their lifestyle with that of impoverished non-militants living in dilapidated huts.  Interviews with the militants aimed to highlight their lack of education and expose their ignorance, which caused the American audience to giggle from time to time.

Similarly, in Ghana, the filmmakers conducted interviews with ministers and political leaders in an effort to reveal corruption and divulge the derelict nature of these supposed leaders with respect to their country’s valuable natural resources.

To be clear, I do not deny the existence of ignorance and corruption throughout parts of Africa, including Ghana and Nigeria. However, documentaries like “Big Men” do little to combat these problems, and instead, only help to deprive the continent of reaching its full potential. “Big Men” and its ilk present a limited and skewed view of Africa, which has come to define the continent in the eyes of the rest of the world.

But a new breed of Africans, like myself, are trying hard to re-brand our continent as not only being rich in natural resources, but as also being rich in talented, educated, and forward-thinking future leaders. By focusing solely on the corruption and ignorance of certain Africans, documentaries like “Big Men” undermine these efforts by failing to present a complete picture of Africa, with all of its complexities, both good and bad.

It’s about time we present Africa to the world in a positive light. Like every brand, Africa will not be valued or receive patronage from investors if we do not highlight the positive attributes and numerous opportunities for growth within the continent.

With that said, negative portrayals of Africa in the media are not the only impediment to its growth and evolution. It is important to recognize that Africa is still growing and there is much that divides us as a continent.

We have diverse cultures, religions, languages, as well as varying levels of Western influence, education, and economic development. Africa is far from homogenous. Nigeria alone, for example, has more than 400 dialects. These differences present a plethora of challenges in our quest toward political stability, economic growth, and overall development as a continent.

Yet these are not new challenges, and we are not the first to face them.

Other societies, including Western countries, have faced (and continue to face) similar hurdles in their own development. The United States, for instance, has diverse political ideologies, significant stratification of wealth, and numerous social problems, including high rates of unemployment, drug abuse, gun violence, a broken judicial system, and a struggling middle class.

Similarly, China, Russia, and many European countries face high levels of corruption, political and social bigotry, and various other roadblocks to their continued growth and progress.

But documentaries like “Big Men” do not acknowledge the corruption or poverty that exists outside of Africa.

Instead, when portraying the United States or other European countries, the audience sees only the skyscrapers, fast cars, growth in information technology, mansions, and vast infrastructure of “developed” countries. We seldom see ghettos in the Bronx, N.Y., or the long queues of unemployed citizens camping at the gates of employment agencies. Instead, social problems like systemic poverty are presented as issues that are unique to Africa.

In reality, Africa is currently the fastest-growing continent in the world and is flourishing in many ways.

Again, this is not to deny the very real problems we face as a continent, but there is much more to Africa than the hurdles we encounter on our path to development and growth.  Ultimately, the trajectory of African progress depends on our mind-set, our conscience, our communities, and our upbringing.

That is why it is imperative that we invest in African children and support African youth. We need to take a step back as a people and re-evaluate our way of thinking for the benefit of the African continent.

We might have gained independence as individual countries within Africa, but are we really independent as an African continent?

Some of us call it “home,” but most of the world still refers to Africa as a third-world continent. Until we can recognize that our value is far greater than the misguided perceptions of others, we would never be able to rewrite the script and compete in this so called “global village.”

There are two facts that, while difficult to reconcile, reveal important truths about Africa: First, we are simultaneously the second-largest continent in the world and the poorest continent on the face of earth. Second, we have a rich portfolio that includes gold, diamond, oil, exotic landscapes, and assiduous but affordable labor, just to name a few.

We have barriers to overcome, but with the right leaders in place, we can fix what is broken, but we need young forward-thinking Africans to take charge of our destiny, as we cannot solve problems with the same minds that created them.

As a proud African I would like to see a better representation of my continent in the Western media than what is currently portrayed. We have a dream that is possible to achieve and I hope we will embark on this journey as a collective force.  Together we can groom our future Mandelas, Kofi Annans, Kwame Nkrumahs, Steve Bikos, and Marcus Garveys, just to mention a few.

This is what you likely don’t know about Africa: 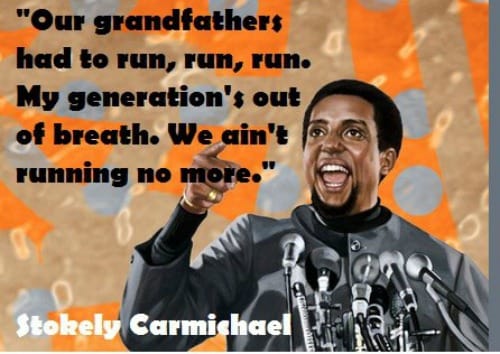 This is a new era, new generation, new aspirations, new vision, and new mission for the African continent. Re-Branding Africa, Part I.

SEE ALSO: From Slavery to Lumumba to Mandela, Pan Africanism Has Been Integral to Our Freedom

Richard “Dick” Mate Darkey is an investment banker currently working with a multinational Fortune 500 financial institution in mid-Manhattan. Dick is extremely passionate about youth development and enthusiastic about rebranding a rich continent called “Africa.” With love and acceptance for all human races irrespective of age, gender, religion, or sexual preference/orientation, Dick believes this world is big enough to accommodate us all. Tweet him @dickdarkey.