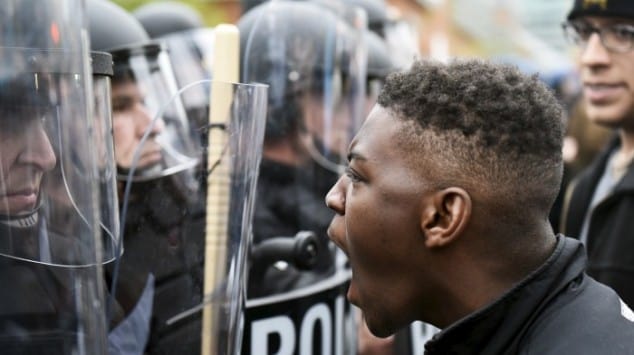 Soon after 25-year-old Freddie Gray (pictured) was laid to rest on Monday — after seemingly being abused then denied timely medical assistance by police — West Baltimore, Maryland, descended into chaos, reports the Washington Post. 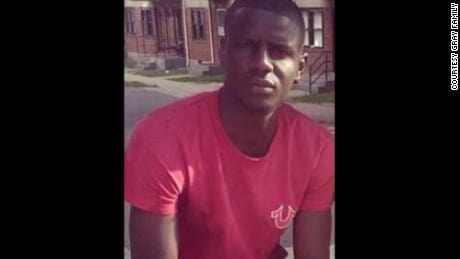 Even though concerned residents protested peacefully throughout the week after the untimely death of Gray on the 19th, the impoverished neighborhood of West Baltimore burst into flames and violence with youths attacking the police and looting a number of stores.

Hours later, Governor Larry Hogan declared a state of emergency in the city, calling in the National Guard to restore order and protect residents and businesses.

“I have not made this decision lightly,” Hogan said. “The National Guard is the last resort in order to restore order. . . . People have a right to protest and express their frustration, but Baltimore City families deserve peace and safety.”

And even though there were several calls from church and community leaders to stand down — including Gray’s family who later went to a church to pray for calm and peace — many youths refused to listen.

Instead, they reportedly pelted officers with a number of objects, causing 15 officers to be wounded and two to be hospitalized.

Police commissioner Anthony Batts said between 250 and 300 officers mobilized at the mall, across from Frederick Douglass High School, around the time the students were dismissed. But there were too many students in the area and throwing cinder blocks, bricks and other debris, he said.

Batts said officers found about 75 to 100 school-age young people in the area, and a confrontation quickly escalated.

“They just outnumbered us and outflanked us,” Batts said. “We needed to have more resources there.”

He said one officer was hit on the head and knocked out and another suffered severe damage to his knee. Both remained hospitalized late Monday.

In light of the violence, protest leaders made a clear distinction between rioters — who some say are taking advantage of Gray’s death to loot stores — and protesters who are sincerely disconcerted with yet another Black man losing his life to police.

U.S. Rep. Elijah Cummings explains, “We never expected anything like this. There are different elements here. You have some people who are genuinely upset over what happened to Mr. Gray. You’ve got another group that may just want to take advantage of that.”

Still, others went on record to say that the violence will stop when the police officers involved in Gray’s death are arrested.

Darlene Dorsey, a resident of the area, said, “Just arrest the police who did it and all this will stop. They are taking way too long.”

A Look in to Gray’s Dubious Death

According to police, they arrested Gray after they began chasing him in his neighborhood because he looked suspicious.

While police have not said what exactly transpired during that foot chase, by the time he was shown being dragged in to a police van, one of his legs clearly appears broken on a cell phone video.

Gray can also be heard crying out in pain.

Watch video of Freddie Gray being put in a police van here:

One witness told news organization CNN, “When I ran up the street and seen him, the first thing I asked him was he OK because I heard him screaming,” Kiona said. “He didn’t never say yes or no, he just said, ‘I can’t breathe,’ and just was yelling.”

Officers later admitted that Gray was unarmed, with only a pocket knife in his possession.

Factoring in the time it took for officers to stop the police van and reportedly put Gray in leg restraints, it would take 30 minutes before police arrived at the police station with Gray.

By the time Gray arrived there, he was no longer breathing.

Baltimore police have acknowledged significant errors in the moments that followed: Gray was not seat-belted after being placed in a transport van, a violation of department policy; Gray was not offered medical attention, despite several requests, and officers did not call for an ambulance when he was arrested, as they should have.

But Gray’s injuries while in police custody say much more: not only did he suffer a “severe spinal cord injury,” but, according to his family, his voice box was also crushed and “his neck snapped” before he went in to a coma and died.

The six officers involved in Gray’s death have been suspended while authorities investigate, and the Justice Department is already exploring whether Gray’s civil rights were violated.

Meanwhile, for many, Gray’s death is yet another name that is being added to the list of Black men in America who have lost their lives to the police.

“People want justice,” said Adam Jordan, 27, who leads one of the Baltimore protest groups. “They want the officers to go to jail. But most of all, they want reform — sweeping reform.”