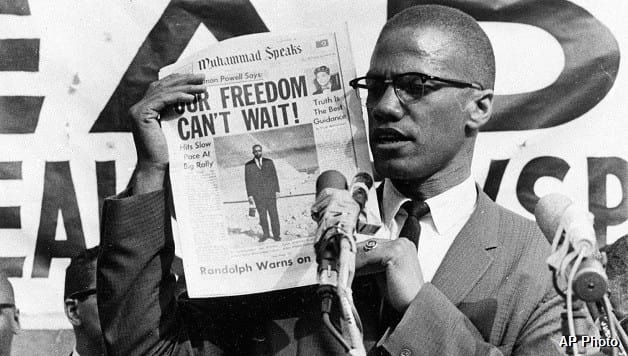 Malcolm X was an African-American, Black Nationalist leader who dedicated his entire life to freeing Black people of the world from the bondage of segregation and racism. Unlike Dr. King, Malcolm X encouraged Blacks worldwide to reject racism by any means necessary and didn’t support non-violence. Before he became an icon, Malcolm was sent to jail for 10 years on charges of larceny. It was during this period that he read several books that irrevocably changed his thinking. When he left prison, he joined the Nation of Islam and embraced the ideology of Black Nationalism. He promoted the ideals of the organisation and later became its spokesmen. He was later assassinated by three members of the Nation of Islam on February 21, 1965.