One of the greatest Wars of Independence ever fought in history was the Haitian Revolution (1791-1804), led by the ‘immortal’ black leader Toussaint Loverture, who became a General in the French military, and whose destiny it was to deliver the slaves and people of Saint Domingue, now Haiti.

Before his tragic death in France as a result of betrayal by the French military and political leader Napolean Bonarparte, Toussaint had stamped his footprints on the sands of time in Haiti and in the history of slave revolts by defeating three European superpowers – Britain, France and Spain, and leading Haiti to become the only nation in the world established as a result of a successful slave revolt.

How did this happen?
The French colony of Saint Domingue, also known as the “Pearl of the Antilles,” was located in the Caribbean island of Hispaniola. It was originally colonized by Spain after it was discovered by the renowned explorer-Christopher Columbus, but became a French colony after the Treaty of Ryswick of 1697.

The colony was known throughout the world as the center for sugar and coffee production. Indeed, Philippe Girard in his well-researched exposition on Toussaint Louverture – The Slaves who defeated Napoleon: Toussaint Louverture and the Haitian War of Independence, 1801-1804 described the colony as “the richest colony in the world, and a prize consummately worth fighting for”. The colony thrived as a slave rendezvous and as center of business in the Caribbean.

It is important to recall that the slaves on this island were mostly imported in thousands from Africa to work on the tobacco, cotton, cocoa and indigo farms. It is thus not surprising that Haiti is striving to become a member of the African Union because they were largely citizens of African descent. These slaves toiled day and night while their masters engaged in sophistry and ostentatious living. The treatment meted out to slaves in St. Domingue was captured by Henri Christophe’s personal secretary who said:

…Slaves were hung up with heads downward, drowned in sacks, crucified on planks, buried alive, crushed in mortals, forced to consume faces, thrown into boiling cauldrons of cane syrup…

In the midst of this turmoil emerged Toussaint Louverture. 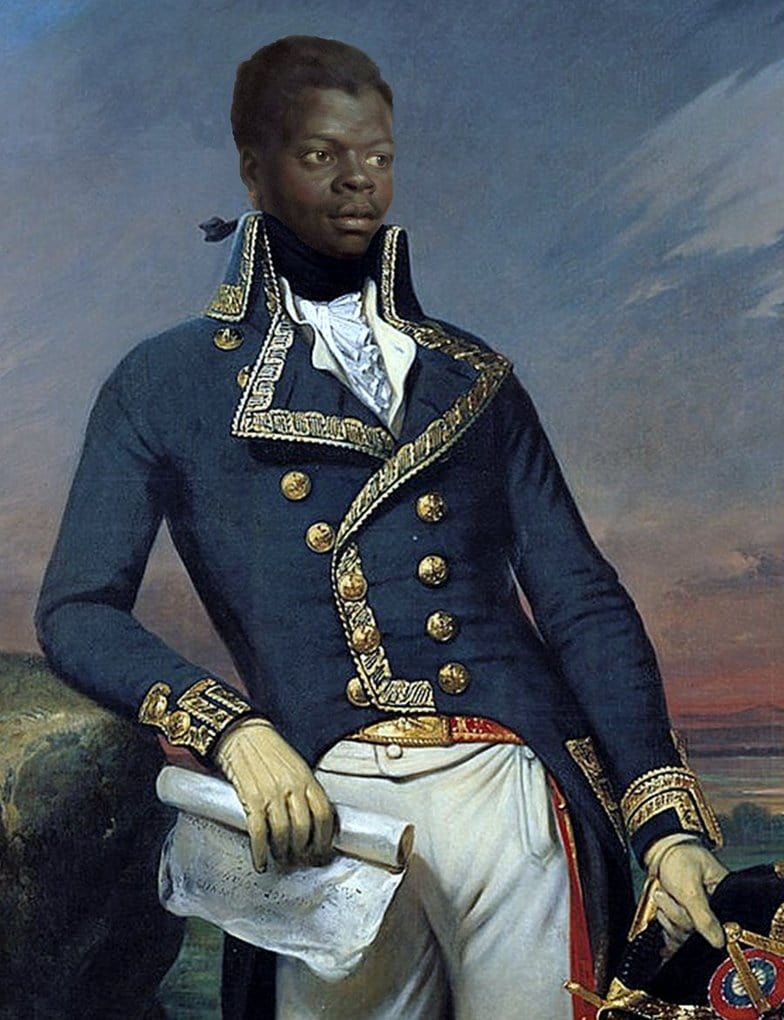 A portrait of Toussaint Louverture

Toussaint was born a slave because his father, an African prince, was among the Africans captured and sold into slavery. He served a benevolent master –Count de Breda who was a sugar manufacturer and who helped Toussaint to read and write. He became a catholic through his master’s guidance and having served successfully, got his freedom around 1777.

It was under this master that he became exposed to the writings of the French thinkers who emphasized and preached individual rights and equality. Toussaint married afterwards and was living large. He eventually owned land and slaves himself.

But an event happened in France that rocked the world to the bottom. The French Revolution of 1789, spurred by the writings of enlightenment thinkers questioned the act of slavery and inequality in the society. This revolutionary spirit took Saint Domigue by storm and in an account given by Erica Cummings, an instructor with study.com, “slaves began revolting and killing their masters, in what would become the first truly successful slave rebellion in the world called the Haitian Revolution”.

Louverture, after helping his master to escape, soon joined the revolution and became a leader who helped in the Haitian Revolution, which subsequently led to Haitian independence.

Toussaint’s legendary during the revolt has become a story which generations have continued to tell. He did not only fight fearlessly, he used brilliant military tactics and leadership strategies to fight the French army to a halt. His popular quote:

“I was born a slave, but nature gave me a soul of free man”

became popular and Toussaint was loved by the people for fighting not for himself, but for the good of the people. In Haiti, he would be remembered forever for two major reasons: 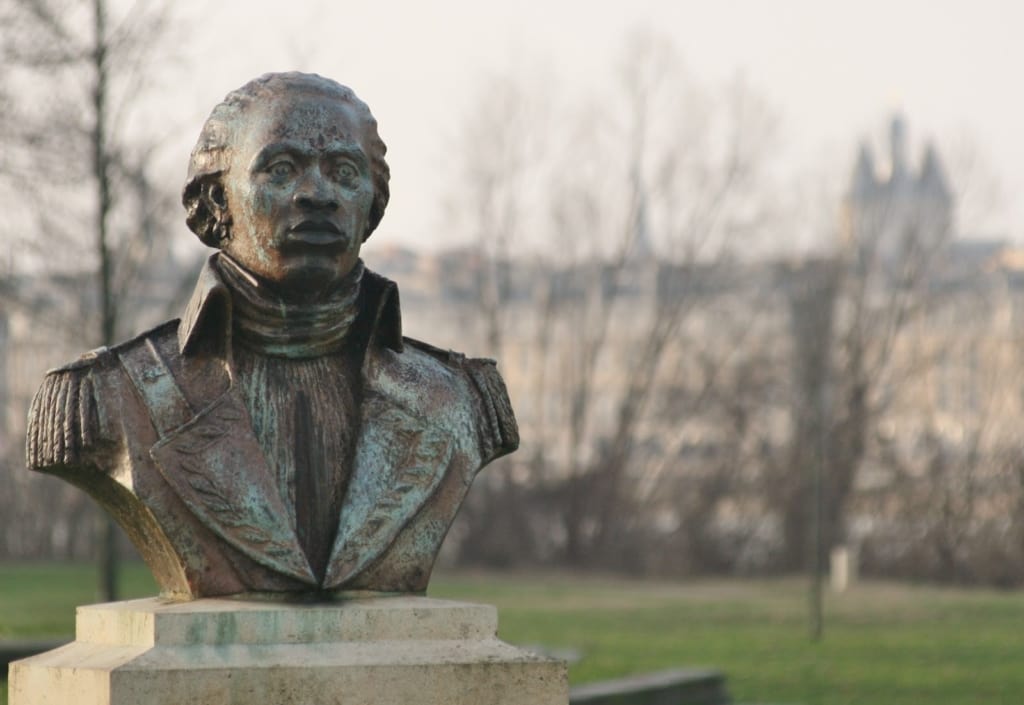 This statue of Toussaint Louverture, was donated to the city of Bordeaux by the Republic of Haiti in 2005.

First, he worked, fought and labored for Haiti’s independence and freedom from slavery and injustice. He strengthened the economy and security of Saint Domigue and restored the plantation system using paid labour, and also maintained a disciplined army. He gave Haiti her first constitution, and his love for peace saw him strive for the easing of racial tensions. He also fought vigorously to put Haiti on the world map.

Second, Toussaint raised lieutenants that were resolute and remained committed to the cause, especially Jean-Jacques Dessalines and Henry Christophe, two of whom became future monarchs of Haiti.

When the French government under Napoleon lured Toussaint with the motive of reconciliation and peace but instead under the instruction of Napoleon arrested Toussaint and put him in a dungeon where he suffered and died,  it was Jean-Jacques Dessalines that defeated the French troops at the Battle of Vertieres.

This affirmed Toussaint’s leadership skills and sagacity. At the end of the revolt, more than 50,000 French troops, including 18 generals perished and in late 1803, France withdrew its remaining troops and affirmed Haiti’s independence.

The legend of Toussaint Louverture can never be forgotten.

A slave who became the first black French military general; a political ruler who emancipated the slaves and negotiated independence for the colonized people of Saint Domiugue; a leader whose contributions to the freedom and liberty enjoyed by black people all over the world cannot be forgotten in a hurry; and a general who thread where everyone else feared.

He died in prison before Haiti could gain independence. However, his struggle was not abandoned but carried on until freedom was achieved.