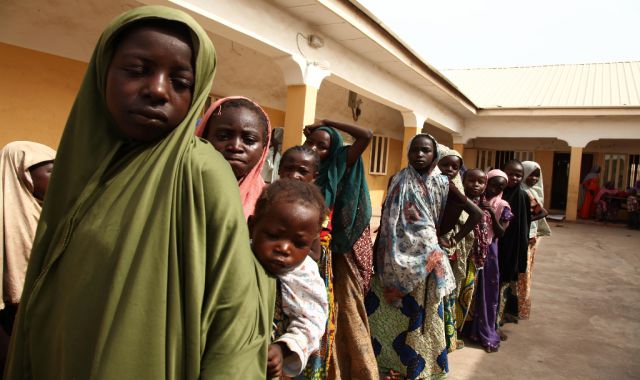 Earlier this month, the Nigerian military made substantial advances against Islamic terrorist sect Boko Haram, when they freed more than 700 hostages in the Sambisa Forest. Weeks later, women and girls as young as 11 continue to speak out about the “forced marriages” they were made to endure so that militants could “create a new generation” of terrorists, reports the New York Times.

RELATED: FREED HOSTAGES SPEAK ON KILLINGS, HUNGER & FORCED MARRIAGES WITH BOKO HARAM
As Face2Face Africa previously reported, many of the hostages explained their experiences of watching their husbands and older sons being murdered just before they were forced in to the forest.

Afterward, they were immediately married off.

But according to survivors, “marriage” really meant being continuously raped by different men.

Yana, a young women who was imprisoned with about 50 other women in a house in Bama, explained, “If they want to have an affair with a woman, they will just take her to a private place, so that the others won’t see.”

[Yana] could not recall her age; a relief worker at the camp here said she had been raped so often by Boko Haram that she was “psychologically affected.”

Yana said the militants had forced her to have sex with them.

Her feet and stomach were swollen and the relief worker said she was probably pregnant, though her test results had not yet come back. Other workers here said many of the women had signs of physical and psychological trauma from being repeatedly raped.

Indeed, Boko Haram leader Abubaker Shekau has been particularly transparent about his “marriage plans” for females.

Shekau also declared, “I abducted your girls. By Allah, I will sell them in the marketplace.”

When 30-year-old Yahauwa recently found out that she had contracted HIV, through tears, she asked relief workers who gave her a bag full of medicine, “Is it from the people who forced me to have affairs with them?”

Explaining her abusive experience being “locked in one big room” with a group of women, Yahauwa said of the terrorists, “When they came, they would select the one they wanted to sleep with,” she said. “They said, ‘If you do not marry us, we will slaughter you.’”

And according to Borno State Governor Kashim Shettima, Boko Haram’s chief goals in intentionally impregnating women is to create a new generation of terrorists.

“The sect leaders make a very conscious effort to impregnate the women,” said Shettima. “Some of them, I was told, even pray before mating, offering supplications for God to make the products of what they are doing become children that will inherit their ideology.”

Along with the women and girls who were interviewed, there are reportedly more than 15,000 civilians who are seeking shelter from Boko Haram in a camp near Borno State capital Maiduguri. 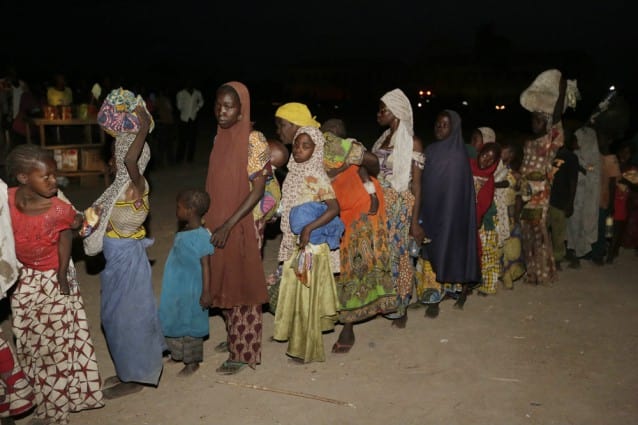 Of that number, more than 200 females are said to be currently pregnant; however, officials suspect that like the newly HIV positive Yahauwa, many more are likely pregnant.