The Nigerian government has confirmed the safe return of 21 school girls who were captured from the town of Chibok in 2014 by Boko Haram. According to the Vanguard, the girls were released as part of a prisoner swap deal struck between the terror group, the International Committee of the Red Cross (ICRC), and the Nigerian and Swiss governments. BBC reports that the girls were exchanged for four high-profile Boko Haram commanders imprisoned by Nigerian authorities.

According to Sahara Reporters, an unnamed source revealed that the girls were dropped off in the town of Kumshe, which is nine miles away from a government military base. From Kumshe, the girls were airlifted to the city of Maiduguri by Nigerian military helicopters.

FLASH: #bringbackourgirls 18 of the 21 freed Chibok girls are nursing mothers

Boko Haram, which means “Western education is forbidden” in the local Hausa language, is an Islamist terror group that has launched attacks in several areas of northern Nigeria, resulting in the deaths of over 20,000 people since 2010. Part of the stated objectives of the group is the establishment of an Islamic state and the abolition of Western education in the region. 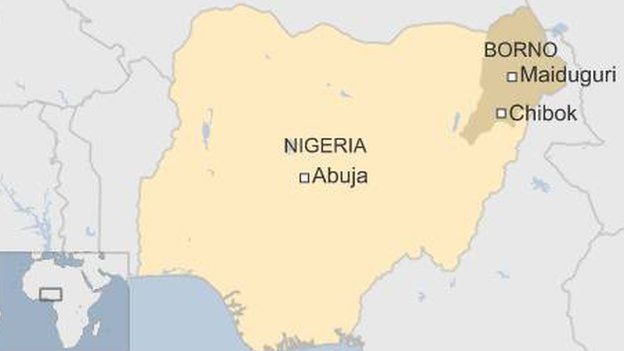 In 2014, the group captured global attention after they abducted 276 schoolgirls from the northeastern part of the country as they slept in their dormitories. Fifty-seven of the girls managed to escape a few hours after being kidnapped. Earlier this year, another girl was rescued by hunters as she gathered firewood.

The latest release of 21 girls leaves 197 still unaccounted  for. Boko Haram released a video in August claiming that some of the captured girls were killed by Nigerian military airstrikes.