In recent times, many world-class fashion designers have showcased many of their clothes made from African textiles. African textiles have become the trademark of black people all over the world but who knew they could be used through arts to start a discourse on migration? 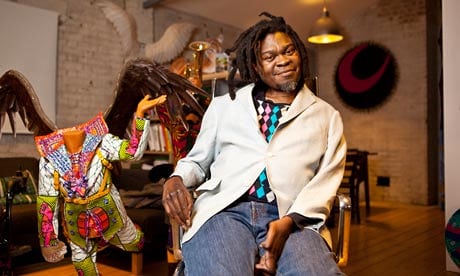 Nigerian-British artist Yinka Shonibare proves to us that African textiles are not only meant to send a message of heritage and pride when worn but can also send a more significant message when used to wrap books. Through his American Library Collection (Activist), Yinka Shonibare raised discussion about immigration and the effect of black immigration to the American society and culture.

British-Nigerian artist Yinka Shonibare wrapped more than 230 books in “African” textiles in his “American Library” installation, aiming to start a conversation about immigration. Shonibare is such a genius! ?????? pic.twitter.com/etSSNZUByF

The American Library Collection (Activist) is an installation of books by first and second generation American writers. Many of these writers were activists of sorts who used their literary prowess to touch on issues affecting the Black community in America. The importance of such writings is not only to the African-American community because the problems were similar in black communities scattered all over the Western world. Through this installation, the artist celebrates diversity and the impact of blacks in history and culture. 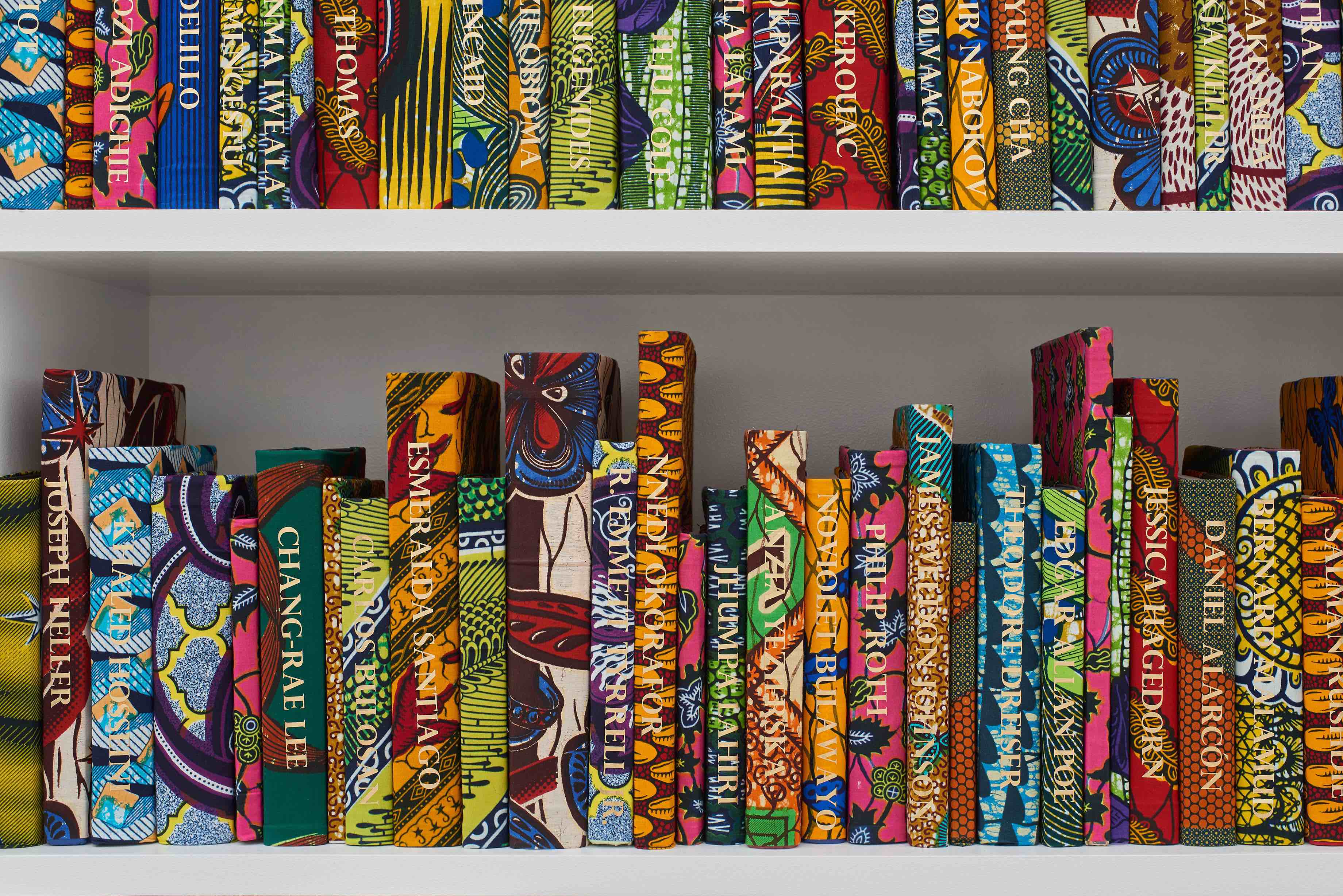 Yinka Shonibare’s large-scale installation of books will be on display at The Mead Art Museum at Amherst College. The display of the 243 books is a part of the fourth iteration of the Rotherwas Project series that puts contemporary art in the museum’s 17th-century oak-panelled room. The viewing will begin on October 30, 2018, and end on February 17, 2019. 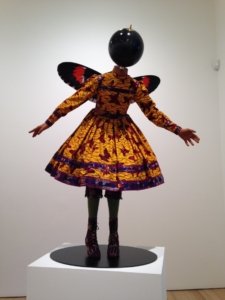 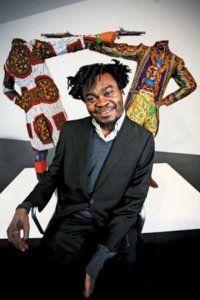 Born in Nigeria in 1963, the 55-year-old artist has lived between Nigeria and London for a while. He studied fine arts at Central Saint Martins College and received his MFA from the Goldsmiths College. As an artist, his works explore issues of race and class, culture and identity as well as contemporary globalisation mainly through painting, sculpture, photography and film. His works have the trademark African textile print.

He was also decorated as a member of the ‘Most Excellent Order of the British Empire’ or MBE which he has added to his professional name.