Cheick Ahmed al-Hassan Sanou is a 27-year-old man from Burkina Faso. He had gone from the boy who was bullied for being fat, to one of the strongest men in the world.

Born in 1992, Iron Biby, as he is affectionately called, realized when he was five that he was different from his siblings due to his weight. 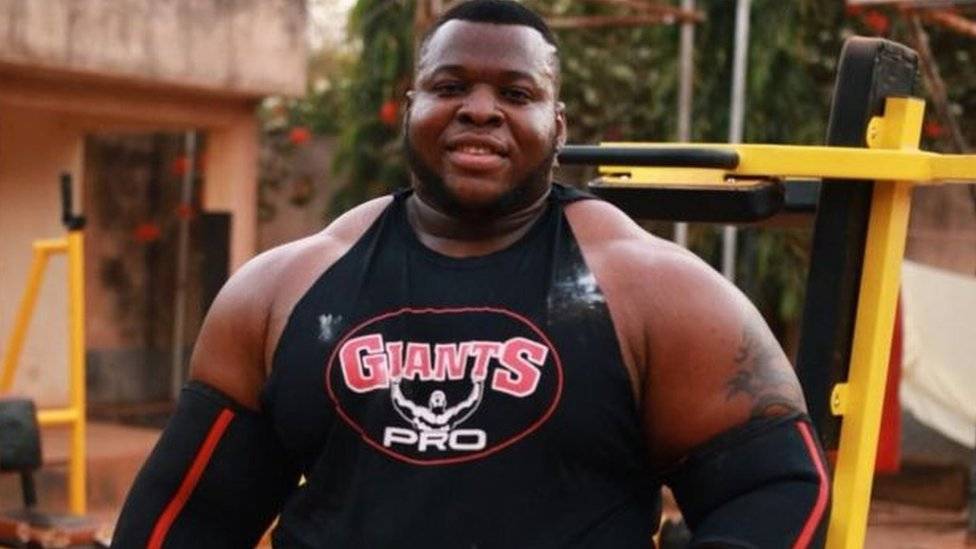 “My mum said I was big from birth – weighing almost 5kg and breathing heavily – not like a baby,” he told the BBC in an interview.

His interest has always been in sports and was readily available for any sporting competition at school. “I wanted to be a sprinter – I had a bit of speed even though I was big.

“But whenever I ran, and my body would wobble, the kids at school would laugh so much and point at me calling me ‘Fat Boy’. It was as if I was entertainment to them, so I gave up on that – but I never stopped wanting to be an athlete,” he said.

He wanted to do gymnastics too, as he loved the idea of doing flips and acrobatic feats but was met again with bullying due to the sounds his body would make when it hit the floor.

Cheick, however, became used to being made fun of, especially when he was nine years. “I hated myself for being that way – I was the youngest in my class, yet I looked four years older than everyone else, including my older brothers.

“People tend not to be so big in Burkina Faso, and the girls in my year preferred the slim guys too. The older girls would talk to me and be polite, but as soon as I showed any kind of interest, they would decline.”

Cheick did not know how strong he was until his teenage years when he threw one of his tormentors across a room. “I was frustrated – I said: ‘Leave me alone,’ and pushed him away, but he flew across the room and he was shocked. I was shocked too, but I knew that day that I had some power – he never bothered me again.”

But Cheick was still not satisfied, and even went ahead to ask for a slimming device from his brother who had then travelled to Canada. His brother could not get him the device and he became desperate as he was still big.

“I tried eating lettuce and banana and stuff, but they didn’t work for me, so I kept eating normal Burkinabe food – rice and peanut butter soup and lots of carbohydrates, but that is what everybody else ate and they are not fat.”

How the strong Iron Biby came about

At age 17, Cheick was sent to Canada to continue his secondary education, where he joined a gym in a bid to lose weight.

He was selected as part of a basketball team, and he soon realized that his strength and weight endeared him to both his teammates and coaches. Cheick did not, however, get obsessed with weight training until university. 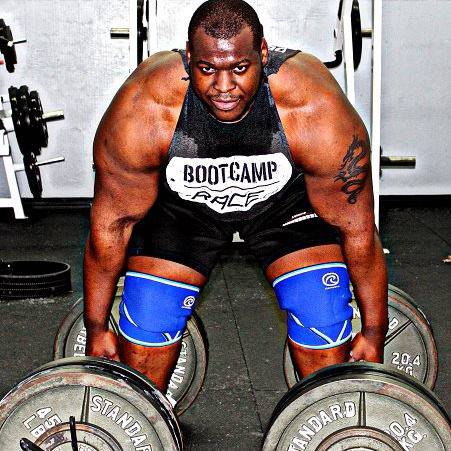 “I noticed that a lot of people in the gym struggled to lift the heavyweights, but for me, they were relatively easy,” he said.

Cheick subsequently became a star within the local gym circuit. He entered his very first powerlifting competition in 2013 and won it, followed by another victory in the national championship later that same year.

Now widely known as Iron Biby, Cheick entered into other international contests and went ahead to beat some big names at their favourite events. But that is not the end for Biby.

“My plan is to be the strongest human being on earth and to take the title of world strongest man to Burkina Faso,” he said.