Sabrina Simader is all set to become the first female alpine skier to represent Kenya at the Winter Olympics in February. The 19-year-old speed skier was born in Kenya and raised in Austria. She was interested in the mountains and ski slopes of her new home, and that has definitely put her on a path to victory.

She told the BBC in an interview that her journey to the 2018 Games in Pyeongchang, South Korea, started when she was just three years old. Her step-father, Josef, had a ski lift and he took her out on the slopes, where he acted as her trainer and taught her all she needed to know.

Her presence on the slopes often drew stares from onlookers, as she was one of the only black skiers in the region. “In school, I was always the only black girl,” she said. “At the beginning it was hard, they were always watching me.”

Many, however, became impressed as she got better on her skis. “They were really shocked that a black girl can ski like like this,” she said. 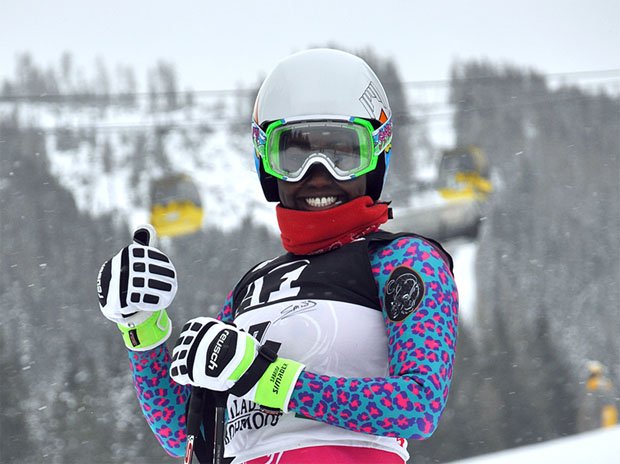 For Simader, even though she spent the majority of her life in Austria, she is ever ready to represent Kenya at the competition. “My mother is from Kenya, my family is from Kenya,” she said. “I never want to leave my motherland.”

She expressed joy at the support she is receiving from Kenyans although she has not been to the country in the past five years. “Kenyans are really impressed,” she said. “They have been really supportive and that gives me power.”

She has, however, turned to crowdfunding to fund her Olympic bid, as she claims that things have been difficult with the Kenyan National Olympics Committee, specifically with the equipment and huge cost involved.

Simader estimates that it costs around $250,000 to fund an entire season. The NOC supported her during the World Championship last February, but much of the support came from her sponsors, she added.

Simader qualified for the Games after competing in the World Championships last February. This makes her the second Kenyan after Philip Boit to represent the East African nation at the Winter Games. She will join Eritrean Alpine skier Shannon-Ogbani Abeda, Nigerian bobsled team and Ghanaian skeleton athlete to fly high the flag of Africa at the Winter Olympics in Pyeongchang, South Korea in February.