When Chimamanda Ngozi Adichie published her second book Half of a Yellow Sun in 2006, she probably didn’t all the acclaimation and appraisal that the book has recieved. After all, she was still a relative newcomer, not to mention that the book was set in the terrible and harrowing period of the Nigeria-Biafra War that wiped out millions of Igbos and people of the South ethnic groups.

In 2007, the book recieved the prestigious Orange Prize for Fiction and steadily continued to garner praise from noteworthy authors such as Nigeria’s Chinua Achebe and from publications such as The New York Times. As a result of its impact, many of the book's fans have been expecting the movie adaptation of this powerful narrative (rumored since 2008) – and now, the wait is over. However, it is not without controversy. 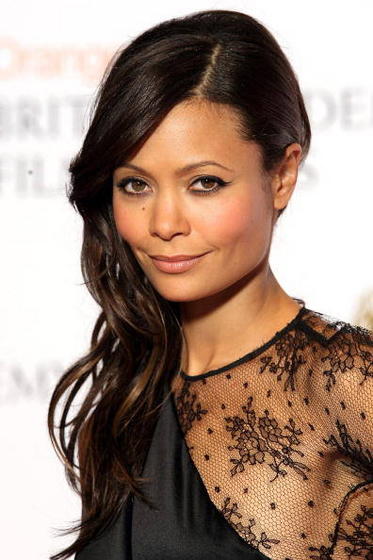 According to Shadow and Act, stellar British-Zimbabwean actress, Thandie Newton, will likely be cast in the role of one of the twins in the movie adaptation of Half of a Yellow Sun. This announcement has been met with much resistance from many Africans, particularly from Nigerians of Igbo descent. The outrage has been so great that a petition was created by Ashley Akunna on January 27, 2012. In her petition, Akunna states,

“Igbo people, like any other people range in physical characteristics as well as complexion. However, the majority of Igbos are dark brown in complexion. Igbo people do not look like the bi-racial Thandie Newton. Thandie Newton is an accomplished and talented actress in her own right. However, she is not Igbo, she is not Nigerian, and she does not physically resemble Igbo women in the slightest…

This petition is important, because we live in a world where mass media sells us the belief that white, and anything close to white is right, and black is not only wrong, it is unattractive, and undesirable. We are indoctrinated into these beliefs consciously and sub-consciously through media images. Like many other countries in Africa, Nigeria suffers from the epidemic of skin bleaching. Many Nigerian women buy lotions, to lighten their once dark skin to become lighter. This practice has not only severe medical side effects, it is preaching an acceptance of self[-]hate. The media plays a large role in how people, especially women view themselves. The casting of Thandie Newton as an Igbo woman is not only false, it helps promote the idea that light skin and curly hair is the only way black woman can be represented in the media, because that is the only way they are attractive. This casting choice is an abomination to Igboland.

This petition is not an attack on Thandie Newton or bi-racial people. It is simply a demand for accuracy and authenticity.”

On the day this article was written, the petition had 216 signatures.

Looking at this issue objectively, it is easy to understand the Hollywood mindset which is essentially summed up in a few words: Show me the money! An actress like Thandie Newton is sure to get considerably more buzz for this movie than a relative unknown. However, the issue is whether only a relative unknown could play this role to perfection. As many people have since stated, Nigerian Igbo actress Genevieve Nnaji would probably be a stellar choice for the film: not only does she look the part and understand the culture, she can already speak the language! Her understanding of the language will surely help to cut down on the time spent educating a non-native Igbo speaker about the nuances of the Igbo language, mannerisms and different dialects. Furthermore, Nnaji’s reach crosses continental lines: she is loved and respected outside her native country, Nigeria, and outside her native continent, Africa. Casting her would certainly garner a lot of global attention and be a step in the right direction.

In the same vein, it is extremely worrisome that this haunting and extremely important Igbo historical tale might be cast in a country other than the one in which it actually took place.

It is also noteworthy that as the writer of the book, Adichie probably has some creative control on how her book is brought alive to the large screen. Should she be petitioned as well or does this situation seem to be out of her hands?