In 2004, Zimbabwe’s president, Robert Mugabe, proclaimed that Africa should begin to “look to the east where the sun rises, not the West where the sun sets.” Though many have their reservations on Chinese influence in Africa, it cannot be denied.

Currently, China is one of Africa’s largest trading partners. Much of China’s investment in the continent is in infrastructure, which is much different from what the West has done. For example, in the Democratic Republic of Congo, the nations signed a multi-billion dollar agreement to develop the mining sector and build roads and hospitals in exchange for minerals. 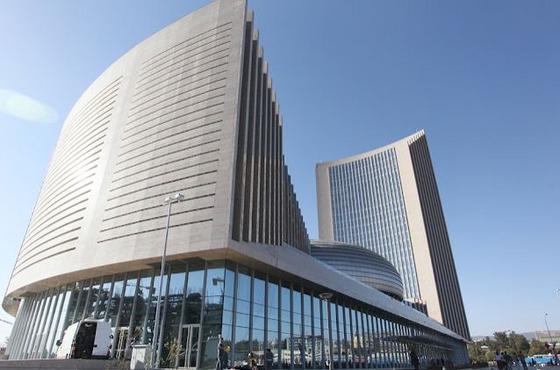 Recently, China’s influence has been displayed again. The new headquarters of the African Union in Addis Ababa has been unveiled as a $200 million gift from the East. Internal fighting and the death of one of its biggest financers, Moammar Gadhafi, have weakened the 54-nation African organization.

During the Gadhafi years, many African nations came to depend heavily on gifts and investments from Libya’s oil wealth. Libya provided 15 percent of the AU’s membership revenue, and it paid the entire dues of many smaller and poorer African nations. It also spent billions of dollars on infrastructure programs and other investments across Africa to help cultivate support for Col. Gadhafi’s vision of a United States of Africa.

However, it seems that Beijing may be the “new Libya.” It’s the tallest building in the country and all the furnishings inside the building have been supplied by China. The honored guest and keynote speaker at the African summit was a senior Chinese official, Jia Qinglin, who announced on Sunday that China will provide $95-million in funds to the AU over the next three years – a huge boost to an organization whose annual budget is about $270-million.

“The people of China and Africa are good friends, good partners and good brothers,” Mr. Jia told the summit. “Our friendship is as solid as the towering Mount Kilimanjaro and as vibrant as the Yangtze River and the Yellow River.”

Despite this, many are weary of China’s strict “non-interference” policy concerning investment in Africa. Compared to the West which often times requires that nations be democratic, run anti-corruption campaigns or scrutinize laws that discriminate against homosexuals, to name a few examples, Chinese investment may be more welcomed because there are “no strings attached.” But China’s investment in nations like Zimbabwe and Sudan, where corruption and human rights violations are rampant, has some people thinking that China is not worried about helping the continent but only acquiring the resources it vitally needs to strengthen their nation.

Join in on the conversation. What are your thoughts on China's new gift to the African Union?