At least six Zimbabwean church groups have come together to issue a joint statement slamming the government of Robert Mugabe.

In their statement, they called on the government to urgently address several pressing issues that have continued to negatively impact the lives of Zimbabweans.

The groups, which include the Evangelical Fellowship of Zimbabwe, theStudent Christian Movement of Zimbabwe, Catholic Bishops Conference, and the Council of Churches called on the government to listen to the cries of its suffering citizens, warning that their grievances would soon explode into civil unrest.

The church leaders also denounced the detention of Pastor Evan Mawarire who was arrested on 12 July but was later freed by a Harare court the following day.

Pastor Mawarire harnessed the power of social media to help coordinate what many consider as the biggest nationwide stay-at-home strike in Zimbabwe in nearly a decade.

At the time, Mawarire started an online movement using the hashtag #ThisFlag to rally Zimbabweans, particularly youth, together for political change. 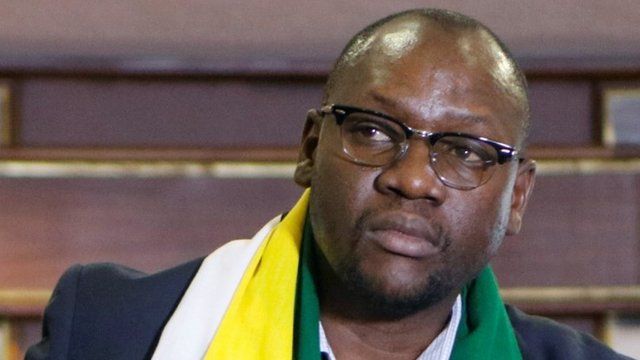 Pastor Mawarire declared that “part of what I’m advocating for as a young person — and I do so openly — is that it is time for new ideas to enter the political fray of our country. There’s no doubt about the fact that we have recycled the same people and the same ideas for a long time. It is time for us to think differently…the elders dreamed about a Zimbabwe when they went to war. They’ve laid the foundation.”

Continuing in their joint statement, the Zimbabwean church leaders condemned the police brutality visited on protesters demonstrating against the woeful economic conditions in Zimbabwe and the intimidation of other church leaders “speaking on behalf of the powerless people.”

They also called on Mugabe’s government to address a list of grievances affecting the populace, including the “collapse” of state-owned firms caused by “rampant and high levels of unaccountability and impunity,” despite the fact that the state spends 80 percent of its revenue on the wages of civil servants.

The organizations also addressed the rate of unemployment, which has seen more than 80 percent of the potential workforce in Zimbabwe without a job.

Finally, they called on government to explain reports that an estimated $15 billion in revenue from the sale of diamonds is reportedly missing from government coffers.