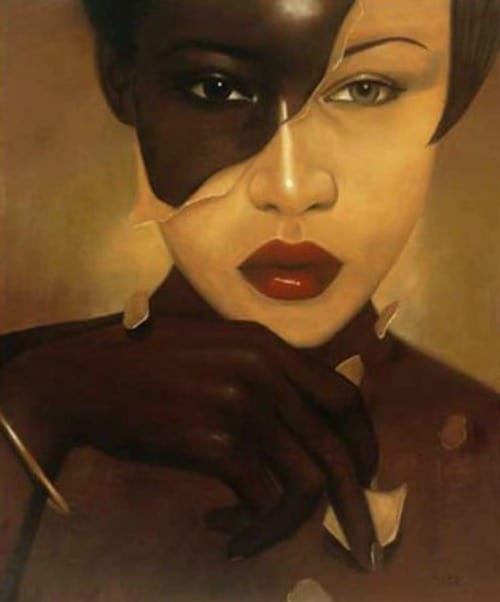 Colorism, racism’s evil cousin that lurks around in the shadows and causes havoc subconsciously in the black community. Credit: Black Culture Tumblr

My country Ghana is one of the most-hospitable countries in the world, no doubt, but it is also one of the most color struck countries in the world. Why do I say so? Because too many people are made to believe that White skin is superior to Black skin. I know this may sound strange to you, but it is the unfortunate truth that we live with today in our society, where Black loathes Black skin and loves White skin. My experience with colorism is a very untoward one, I suppose, and for me, I pray that no one — be it Black or White — experiences this.

I was excited when I walked down the long alley of the Movenpick Hotel (pictured below). 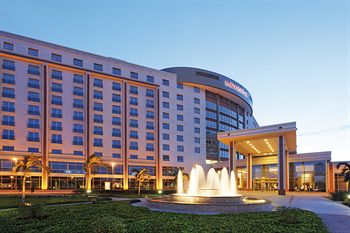 It was the first time I walked in to the beautiful interior of the huge hotel, which stood tall among hotels in Accra. The main idea was to have a great time with my cousin who had just come from Holland. She was also experiencing this for the very first time, but her experience was different I guess; it was nostalgic.

For her, it was similar to the big hotels in Holland. What she told me was that she didn’t know that Ghana has changed so much, because she has been in Holland for far too long. Of course, she was experiencing a new Ghana. What I called a “better Ghana.” Perhaps, if Ghana played its cards right, she may be experiencing Ghana at its best in the near future.

We walked in to the cocktail bar, where we were welcomed by a neatly dressed and receptive waitress. As we sat down, we took in the beautiful ambiance of the large room. The waitress politely gave us a menu to order and we did so immediately because we were famished.

My cousin ordered a baguette, french fries, and salad, and I ordered samosas, spring rolls, and french fries. We relaxed on the comfy couch as we waited for our food. Light and soothing music played from a jukebox in the corner, and we enjoyed it all the way through.

After 10 minutes, the waitresses returned with a very palatable-looking and colorfully served meal. We lunged for the food like hungry animals. The samosa and spring rolls tasted heavenly, but my cousin had a problem with her salad. She didn’t like the sharp after taste of the vinegar and asked that her order be replaced by some tasty mango-flavored chicken burger.

We were in food heaven.

After the very filling meal, I decided to take a stroll alone by the huge poolside area. The weather was perfect, the water inviting, but the timing was ill-fated.

It was a beautiful sight to behold and I could not resist the urge to capture the moment, so I took out my camera phone to take a picture. Out of nowhere approaches a young, dark imposing man.

A lifeguard I supposed?

He was in a yellow T-shirt and red shorts, so I assumed he worked at the plush hotel. “You are not suppose to take pictures here,” he said. I did not hear him the first time since he was initially far away.

He moved in closer to where I stood and repeated, “You are not suppose to take pictures here when people are swimming, I say,” in a very bossy way. I observed him for a while and around me there was no one in sight and no swimmer in the pool.

So what was he saying?

I looked around for the second time, but it was just the two of us. Obviously, he was talking to me.

“I am only taking a video,” I said politely.

What he didn’t know was earlier on I had observed him watch on as a White man did the same thing I was doing.

What gives this man the right to treat me this way? I, a Black woman. I, who shares the same color with him. The same nationality, perhaps the same native tongue and  bloodline with him.

The effrontery of the man!

I shook my head. We are the same people who complain bitterly about racial discrimination, yet we treat our fellow Black man with so much disrespect.

Do you think the White man cares if you treat your fellow Black with so much disdain? Do you even think for a moment that the White man gives a hoot about you?  No, sir, they don’t. I always say that racism is at its worse in Europe.

I think it will be best if we (Blacks) experience the racism abroad, and then we will learn to appreciate our own.

I wanted to speak my mind to this young, ignorant man. I had so much to say, but the thoughts were flooding my mind. I was disgusted by his behavior. I was saddened. More importantly, I felt so sorry for this Black man. All I could get out of my mouth was, “I am very sorry for you.”

I immediately walked through the gates of “hell” with my head up high, believing that I had done well by shaming the “devil.”

Of course, colorism still exists in own backyards (Africa).

But I had to share this story not because I want to pursue a personal vendetta against this young man.

No! That is not the kind of person I was raised to be.

I share this with the intention of changing the mind-set of a backward race. A race that feels inferior to the White man. We all are equal in the eyes of the maker.

SEE ALSO: My Journey to Self-Love in the Face of Adversity