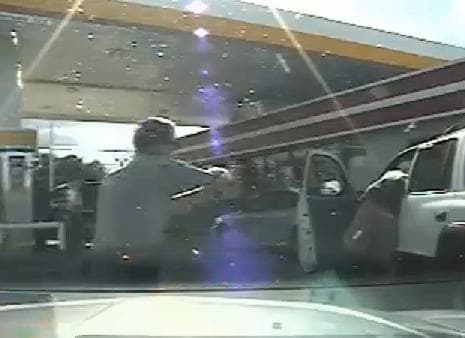 In the United States, police brutality against Blacks — and particularly Black men — is somehow kept quiet internationally. Therefore, when fiery protests developed in Ferguson, Mo., following the murder of 18-year-old Michael Brown by White cop Darren Wilson, some outsiders wondered what all the fuss was about. Unfortunately, a dash cam video from South Carolina state trooper Sean Groubert (pictured) illustrates exactly why many Black Americans are up in arms over police violence.

On September 4th, after Levar Jones drove to a convenience store parking lot and 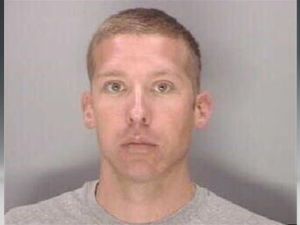 exited his vehicle, Groubert asked for his ID.

On the video, Jones is seen adhering to the officer’s directions by reaching in to his vehicle for the requested documentation.

But before he is able to present his ID to the officer, Groubert is seen shooting at 35-year-old Jones multiple times, with Jones desperately asking the officer, “What did I do? I just got my license; you said get my license!”

Still, Groubert shouts at Jones repeatedly to “get on the ground” even as Jones says that he cannot feel his legs.

On Wednesday, charges against Groubert were filed, and if he is found guilty of his alleged offenses, he faces a 20-year sentence.

Meanwhile, Jones is reported to be recovering after recently being released from a hospital. And Jones is very lucky. If the shots had proven fatal, he would have been yet another Black male to succumb to police brutality as did Mike Brown.

One final fact: According to published reports, about two Black people were killed by a White police officer every week between 2005 and 2012.