We Americans of all races will never know who we really are until we correct the vision of Africa in the American mind.

I am happy that “Doctor Bello” a film by Nigerian director Tony Abulu, is getting a public showing in 8 cities and twelve theaters this coming weekend. It is an important film.  It is part of a huge effort, on many fronts, to re-brand Africa in world consciousness. 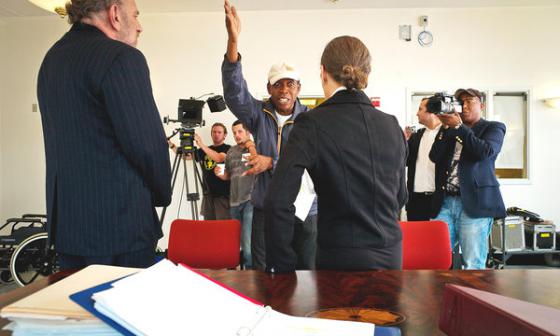 The re-branding is important not just for the sake of the rapid African progress already underway (10 of the 20 fastest growing economies in the world are in Sub-Saharan Africa). The re-branding is important for America—and not just for the progress of African Americans, who struggle to get from beneath  a flood of negative media stories and images about themselves as African People.

Advances in digital technologies are putting myth-making, image-making power into the hands of those who have not had it before. Two examples of the use of new technologies  are Afrimpact Magazine and Face 2 Face Africa. The F2FA Magazine Manifesto states:

“Every nation desires the ability to tell its own stories. This, however, has been one of the biggest challenges facing Africa. For much of its history, the continent’s important stories have been told from perspectives other than those of its native peoples. It is for this reason that Africa continues to be characterized in the popular imagination by disaster, poverty and disease.”

As we know people are not moved as much by cold hard logic as they are by mythic stories projected into the popular imagination. Films are the are the best producers of mind-changing imagery in the modern world. This is why “Doctor Bello” is so important, as it seeks a nation-wide and world-wide audience. Without fresh mythic vision Africa is a powerful giant stumbling blindly but rapidly onto center stage of the modern world.

But the re-branding of Africa is also important to America’s identity, so that our nation can see clearly what it gains by being partially African in origin.  There are some important, universally human qualities that are strengthened in America by an African presence.

Since seeing “Doctor Bello” at a premiere at the Kennedy Center in Washington last September, I have done a lot of thinking about the mythic dimensions captured in the film’s logline: “The Cure for Cancer has been Found… In The Sky Mountains of AFRICA”  Yes, Western Civilization has made great strides toward a cure for cancer; but this should not blind us to the ways that Cancer is a disease of Western Civilization.

The qualities in the film are spiritual and therefore hard to describe. They must be felt!  Last year I read about Facebook co-founder, Millennial, Chris Hughes, “feeling” the spirit!  The report was that he was sitting on the roof of a hostel in Saint-Louis, Senegal right before sunset, watching the various people doing so many things–getting water, carrying wood, tending to the kids. “. . .  mere hewers of wood and drawers of water,” W. E. B. Dubois calls them in The Souls of Black Folk.

I know the feeling that comes from watching life moving with rhythm and grace with a tonal, wordless “languages” lubricating the flow. This is what I felt in a small Nigerian village when I was there in 1960. Many visitors to Africa say they’ve felt it. Some have said that you have not really been to Africa until you feel it. Despite all the turmoil, tribal wars, and mineral-wealth-money-grabbing in Africa today, I felt the underlying spirit of Africa while watching “Doctor Bello.”

During the film, I couldn’t stop smiling and I felt wrapped in the same blanket of protection as when growing up in what we called “The Killa N-word” South in the 1940s and 50s. The real untold story of African American life is how, as children, we were surrounded and protected by spirit.

Time after time, even now, I hear people, who were raised surrounded by spirit, say: “when I was coming up, I did not know I was poor.” Recreating that feeling in the new century is the task of films like “Doctor Bello.”

In the words of Huffington Post Senior Contributing Editor, Jose Antonio Vargas, Chris Hughes is, the “architect of My.BarackObama.com — or MyBO, the most successful network of volunteers and grassroots army that American presidential campaigning had ever seen.” 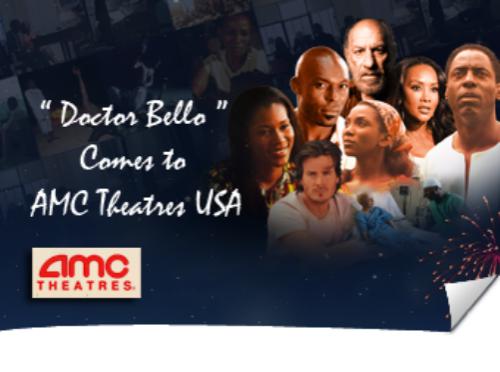 into the middle of the mainstream of the world. Very early in the campaign, Obama declared: “There's something stirring in the air. You can feel it!”

It was after MyBO that Hughes sat on the roof in Senegal. According to Vargas, Hughes got the impetus to create a cyberspace version of the “feeling.”  He came up with the idea for Jumo.com. (in Nigeria's Yoruba language Jumo means “together in spirit”).

In August of 2011, Jumo.com merged with Good  a social media platform that joins spirits into the same kind of organically organized society that you feel all around you in every community around the world that is still bound by the tribal urge. It is an urge that dates back to the time when we did not know ourselves to be separate from the rest of creation.

Humankind has gained much since “The Fall,” since our separation from the rest of creation; but there is a persistent spiritual yearning in us to reconnect.  Spiritual truths can only be “gotten at” and communicated through stories, like the stories in the Holy Books of Judaism, the Bible, the Koran, and the folk tales of all people. “Doctor Bello” sits in my mind as a 21st-century folk tale from the soul of Africa—simple but with astounding complexity in its subliminal message about the human spirit before “The Fall.”

George Davis is author of the new spiritual spy novel, The Melting Points, about three women pursued by danger as the clockwork universe melts around them. In development is a television series based on his soon-to-be-published nonfiction novel, Branches, which continues the spiritual journey that Alex Haley dramatized in “Roots.”  It continues the journey of America towards becoming an exceptional, multiracial nation.