This year, viewers across Africa and throughout the Diaspora can take part in the biggest celebration of Pan-African achievement right from their living rooms. Face2Face Africa has announced a partnership with EbonyLife TV, one of the largest and most-watched DSTV networks in Africa, to broadcast the 2016 FACE List Awards Gala taking place on Saturday, July 9, in New York.

Produced by leading Pan-African media company Face2Face Africa, the FACE List Awards is the capstone event of its annual Pan-African Weekend in New York. The prestigious awards honor pioneers and trailblazers in business, leadership, sports, entertainment, technology, health, and non-profit sectors who have contributed toward the progress and development of the Pan-African community.

The 2016 FACE List Awards honorees are some of the most prominent and celebrated pioneers of this generation, including Grammy award-winning artist Wyclef Jean, renowned celebrity chef Marcus Samuelsson, Editor-in-Chief of Essence Magazine Vanessa De Luca, Founder and President of the Whitaker Group Rosa Whitaker, Founder and Chief Investment Officer of Kuramo Capital Wale Adeosun, and the Segal Family Foundation, which will be receiving the Ubuntu Award for Outstanding Service.

“We are proud to partner with an authentic African brand like EbonyLife TV. Since its birth, the network has taken the lead in telling the African story and giving African creatives the opportunity to share their gifts with the world. As a network that is distributed in 49 countries in Africa and reaching viewers in the Diaspora as well as the Caribbean, Ebony Life TV was the right partner for Face2Face Africa and the Pan-African Weekend.”

“We believe that together, we will provide a platform to not only empower Africans in the Diaspora to accomplish great things, but we would also equally seek to celebrate them as they have excelled in laudable achievements.”

The FACE List Awards Gala, which will feature performances by some of Africa’s emerging new talents, will be broadcast on EbonyLife TV later this year.

For tickets to the gala on Saturday, July 9th, click here: 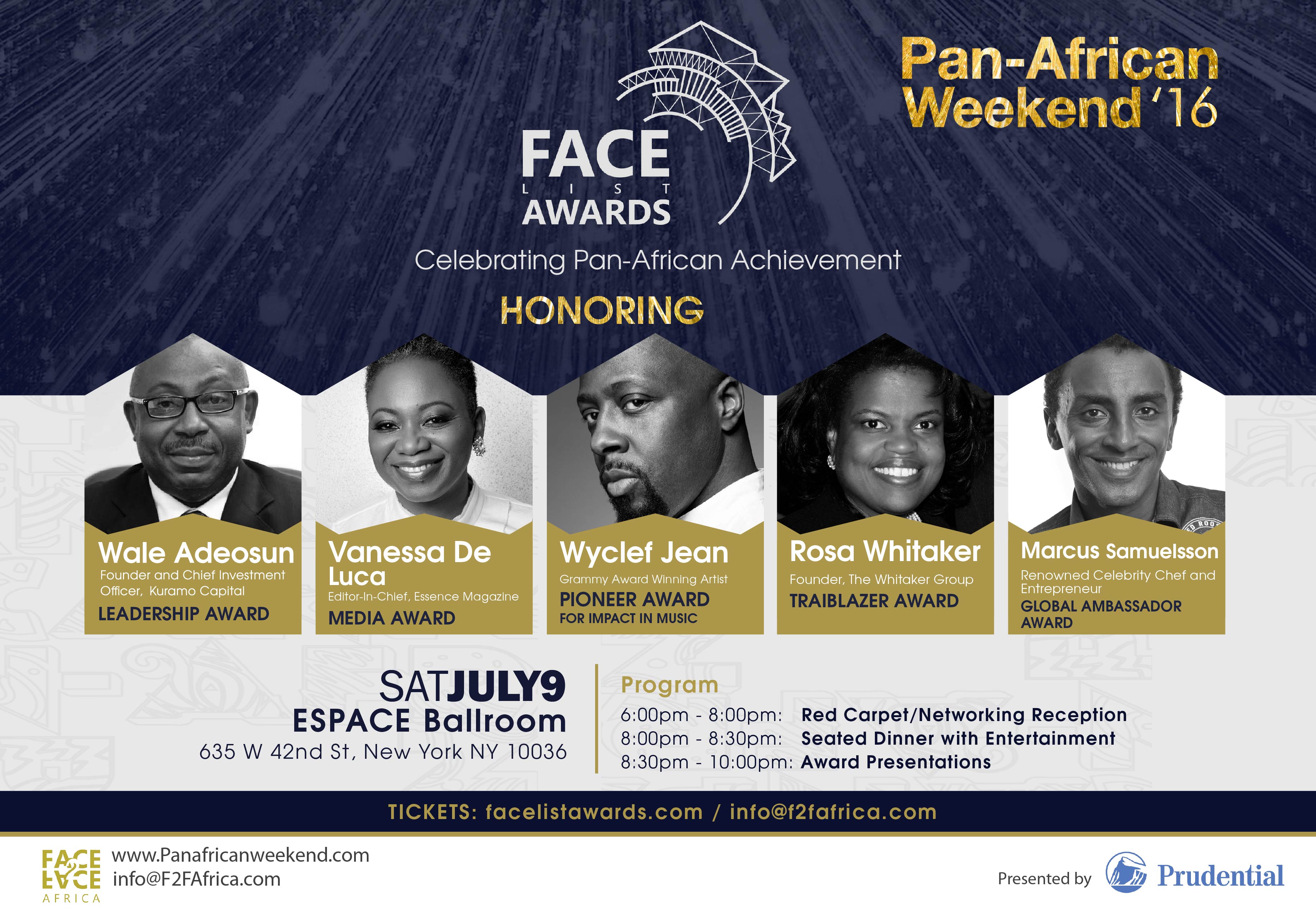