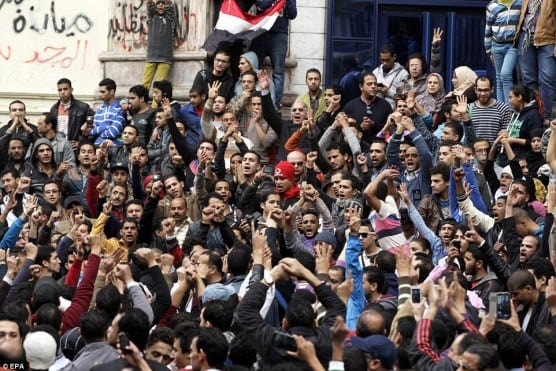 On the anniversary of the Egypt Uprising of 2011 on Sunday, at least 18 persons were left dead during protests in Cairo. Initial reports of the number who are dead, however, it seems to be between 16 to 18.

SEE ALSO: British Army Suffer Defeat In Anglo-Zulu War On This Day In 1879 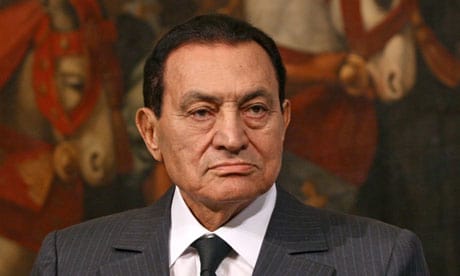 The 2011 Egyptian Uprising — organized by a strong youth movement on the ground and supported strongly via social media — called for the overthrow of then-President Hosni Muburak (pictured).

Clashes between protesters and Egyptian security forces left around 850 dead and more than 6,000 injured. The protesters challenged Egyptian rule on a variety of issues, including free speech, police brutality, low wages, and other social and economic barriers.

Muburak dissolved the government and shifted power, but the uprising effectively changed the Egyptian government, although the transition was deemed questionable by some onlookers.

January 25th is a national holiday in Egypt known as Police Day, which recognized 50 officers who refused to relinquish control of a police station to British officials and were executed.

Protesters used the holiday in 2011 to rally against a host of violations by the security forces.

Since then, protesters gather on that day to demand a change in policies, but 2011 saw more than 1,000 deaths. 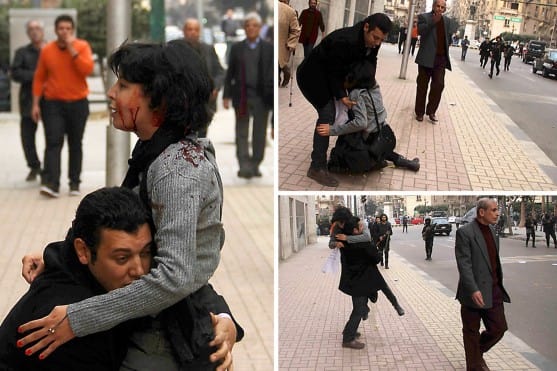 This past weekend, one of the more shocking images to circulate featured Socialist Popular Alliance Party member Shaimaa El-Sabbagh (pictured), who was one of the more than dozen protestors killed Saturday.

member of the security force. According to reports, an Egyptian police conscript was killed while the others appear to be demonstrators.

And while Police claim that they’ve used nothing but tear gas in trying to quell the protests, the photo of El-Sabbagh seemingly contradicts that statement as the photo features an officer standing behind her bleeding body with a weapon.

The protests led to several arrests, but the Interior Ministry is yet to give an accurate count, with the police claiming they detained two individuals attempting to plant a bomb at the Nile Delta.

The protests that occurred in 2014 also left dozens killed, and there is still an ongoing air of dissatisfaction with the current government structure: Since the removal of former President Mohammed Morsi from power in 2013, new leader Abdel Fattah al-Sisi (pictured) has been notoriously staunch in shutting down political protests.