The slave trade was a catastrophic event that severely disrupted the lives of Africans and individuals of African descent.  Though there are accounts of the voyage and other pertinent details, we are told little about the first arrivals from Africa to their unfortunate destinations.  Keep reading to learn more about Estavinco Dorantes, the first African import to the United States. 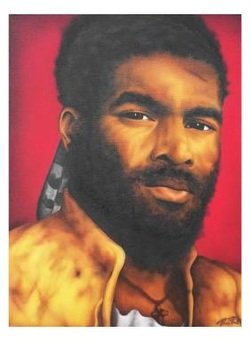 Dorantes was a man of several aliases.  Esteban de Dorantes, Estebanico, Mustafa Zemmouri, and Esteban the Moor are the names he was known by. Dovantes was born in Azemmour, Morrocco in the 1500s and was one of the first Native Africans to settle at what is now known as the continental United States. He was raised as a Muslim but was required to convert to join expeditions.

Working as a slave for the Portuguese as an adolescent, he was sold to a Spanish aristocrat. Subsequently, Dorantes was taken on the Spanish Narváez expedition and ended up at Galveston Island. In 1536, he reached the Spanish forces in Mexico City.

In 1539, Dorantes accompanied Marcos de Niza – a Spanish missionary and first European settler in the state of Arizona, as a companion in search of Seven Cities of Cibola.  Instructed to maintain communication by sending crosses to the main party; the size of cross dictated levels of wealth. He entered the Zuni village of Hawikuh; present-day Mexico.

Dorantes was reported to be killed by the Zuni.  There is speculation surrounding the circumstances of his death – he was said to have been killed for requesting Turquoise; other sources say that he may have been murdered due to the fact that he resembled a wizard.

Dorantes endured the perilous journey from Africa to an uncertain future.  His name should be revered and his life should be discussed in history books worldwide.