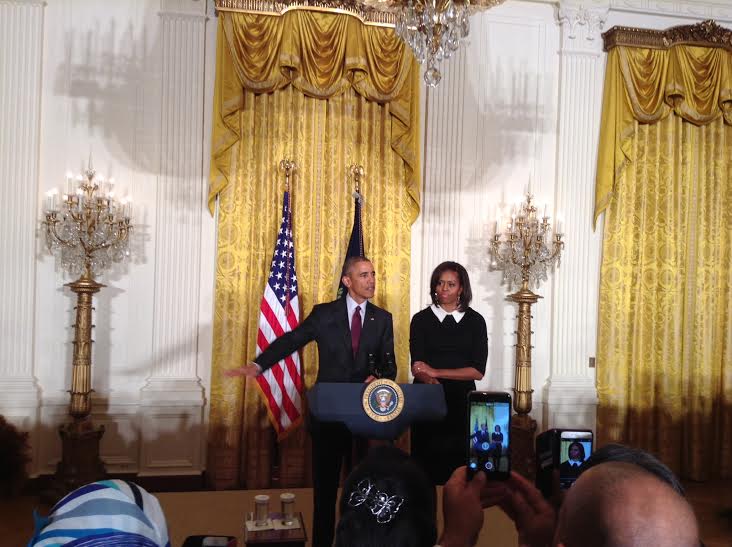 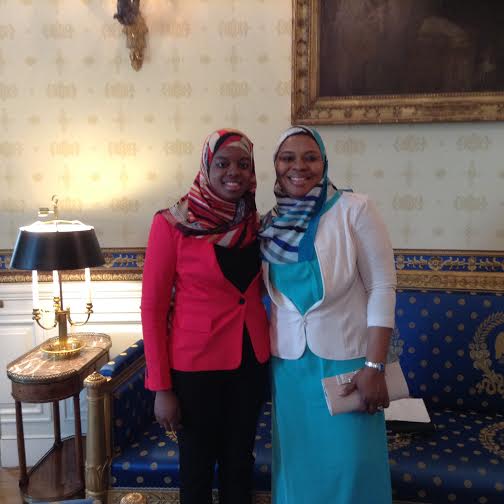 For the event, Harvard senior Saheela Ibraheem (pictured left) introduced the President before his speech, and at only 19 years old, her accomplishments made First Lady Michelle Obama repeatedly pause with praise.Ibraheem, whose parents are from Nigeria, has been named one of the 50 smartest youths in the world and also has the distinction of being admitted to the aforementioned Ivy League institution at just 15 years old.Still, an almost meek Ibraheem explained, “This May, I will graduate from Harvard with a degree in Neurobiology and Computer Science.”“My parents emigrated from Nigeria in 1991, and it was here in America that they began raising their family.“As a result of their tenacity and conviction, they developed a love of learning in me, which allowed me to do well in school and my brothers to enroll in Yale University.”President Obama and the First Lady would soon take the stage, with the President not only celebrating Saheela but also acknowledging the civil rights icons in attendance, underscoring the fact that Black history is indeed American history that should not be relegated to a month, and noting that Thursday is indeed the three-year anniversary of Trayvon Martin‘s murder.Watch President Obama’s speech here:

Twenty-seven-year-old attendee Nehemiah Davis of West Philly, Philadelphia, says the event put him just steps away from a man he has always admired and looked up to.“Coming to the White House means a great deal to me, because Obama is the epitome of what I want to be.“So to actually be here and witness it is amazing.”With his father being imprisoned since he was 2 years old, Davis has committed his life to helping other youths between the ages of 6 and 16 navigate the many challenges of living life without a Father with his eponymous foundation.“I’m an entrepreneur from West Philly in general, but I’m a social entrepreneur and I have a foundation called the “Nehemiah Davis Foundation,” which caters to youth and the homeless.“We feed the homeless weekly as well as provide awesome programs for youth.”Renowned guests and honorable mentions included civil rights activist Mattie Atkins, Minority Leader of the U.S. House of Representatives Nancy Pelosi, the Congressional Black Caucus, and slain teen Trayon Martin’s family.Trayvon’s father, Tracy, told Face2Face Africa that he and his family continue to carry the banner for their son by visiting colleges and universities to teach youth life skills.“Many of our youth don’t know that they can actually set goals and achieve them. We want to make sure that we show them how they can do that and navigate the negatives that are in society.”Since their son’s death in 2012, both Martin and Trayvon’s mom, Sybrina Fulton, have expanded their message from the discriminatory targeting of Black youth to the need for Black youths to also stop targeting each other.“The rate that we kill each other is too high, and the Black community has indeed become immune to it. When someone dies, it is seen as just another death.“We are numb to it. And we have to change that.”The intimate affair featured a violin player from the DC Youth Orchestra program, the Charles Butler and Trinity Choir, and the Navy band that entertained guests with jazz numbers.SEE ALSO: WHY #MICHAELBROWN MATTERS : UNARMED BLACKS REPEATEDLY KILLED BY POLICE, ‘SCARED’ CITIZENS IN AMERICA