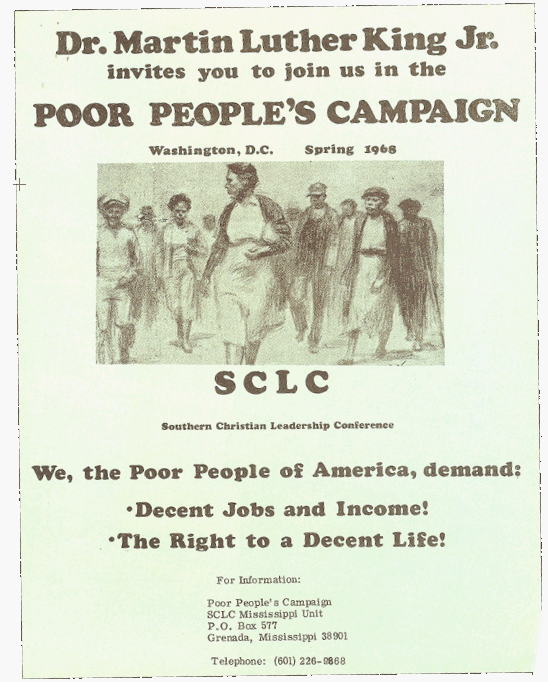 2. King’s agenda had grown beyond racial harmony to address poverty among all races.
It is common knowledge that Dr. King was assassinated in Memphis, Tennessee, at the Lorraine Motel. Many may even be aware that he was in town to support a labor strike by the city’s black sanitation workers. But what you may not know is that Dr. King’s focus had enlarged significantly in the last twelve months of his life.

As stated in the Riverside church address, Dr. King had begun to see that poverty and low economic opportunity were not just civil rights issues affecting one race, but human rights issue affecting Americans of all races. The Poor People’s Campaign was announced in December 1967, and by February 1968, King had put a list of demands to the government including $30 million in antipoverty funding. He was organizing a major march for May 1968 which would draw thousands to Washington, DC, where they were to build a tent city to dramatically show the plight of America’s poor people for the world to see.

After Dr. King’s death, the march went on, but without his charisma and vision, the campaign never took off.