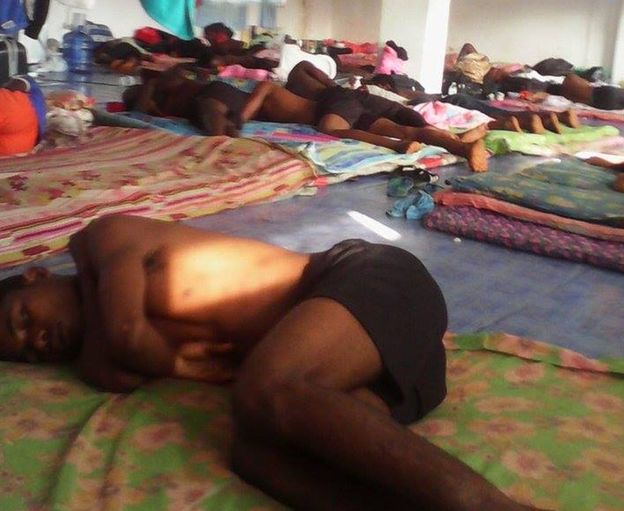 West African football players are forced to sleep on the ground.

Laos’ top football club Champasak United is facing a series of allegations, making it just one of several clubs illegally trafficking underaged African footballers abroad against FIFA regulations, according to the BBC.

SEE ALSO: In Kuwait, African Women Are Being ‘Sold, Treated Like Slaves’

With football being an extremely competitive and equally popular sport internationally, many youths view it as their ticket to wealth and fame.

In countries, such as Liberia, though, eagerness easily morphs into desperation since the country lacks a football academy, stifling the dreams of many football hopefuls who look to one day be scouted in to the world’s elite clubs.

And football clubs, such as Champasak United, are reportedly waiting in the wings to take advantage of the situation. 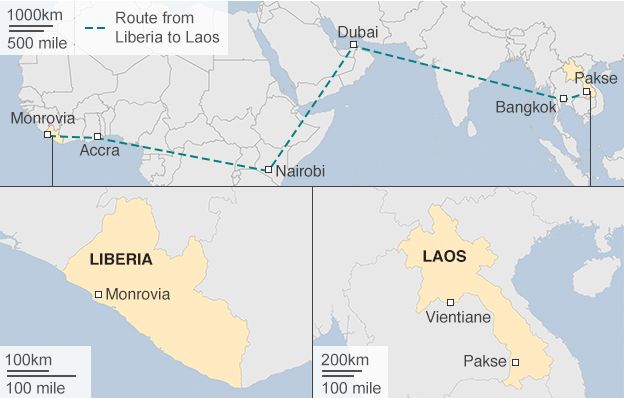 Case in point, in February, Champasak reportedly “trafficked” 23 underage players — with some as young as 14 years old — from West Africa to play in this season’s league games for the “IDSEA Champasak Asia African Football Academy.”

Of the 23, at least one is from Guinea, six are from Liberia, one is from Ghana, and another is from Sierra Leone. 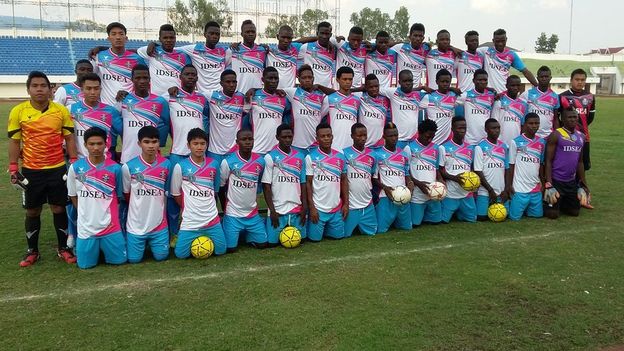 But when the players arrived in Laos, what they were promised — and what was actually delivered — were not in concert.

One 14-year-old player, Liberia’s Kesselly Kamara (pictured below), who scored in a full league

game, says he was forced in to signing a six-year deal before playing for the senior team.

His contract promised him a salary and accommodation, but Kamara says he was never paid and had to sleep on the floor of the club’s stadium – as did the rest of the travelling party.

“It was very bad because you can’t have 30 people sleeping in one room,” Kamara, who is now playing for a club back home in Liberia’s top league.

In addition to Kamara, other victimized youth say that they have been sleeping on the floor (pictured top) for the last five months with glassless windows and doors that don’t lock.

And while the conditions caused some of the players to reportedly get sick from malaria and typhoid, with no team doctor, the afflicted were forced to recover on their own.

“It’s hard to live in a place with no windows. It made sleeping very difficult, because you are thinking about your life,” adds Kamara.

Liberian journalist and sports promoter Wleh Bedell, who traveled with the group to Laos in February, says of the allegedly dubious club, “It’s a fictitious academy, which was never legally established.

“It’s an ‘academy’ that has no coach nor doctor. … It was completely absurd.”

Champasak United allegedly seeks to profit from the youths by eventually selling them to other teams.

Once FIFA got wind of Champasak’s actions it — along with global players’ body FIFPro — pressured Champasak to release the teens. 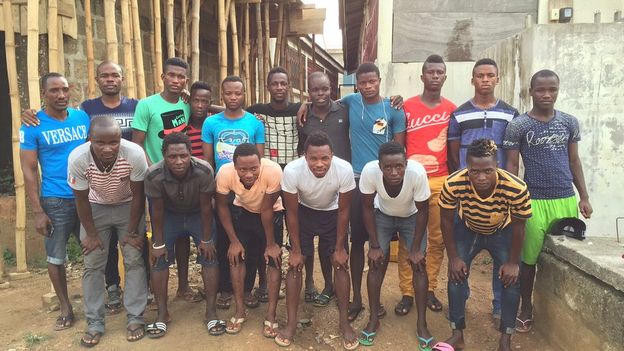 Champasak reportedly complied, releasing 17 youths, including Kamara, three months ago. On their return, the Liberians among them stopped at a Ghanaian refugee camp before getting to their final destination (pictured).

However, even with the reportedly precarious living environment, six youth decided to stay with Champasak.

FIFPro says that all have since signed contracts presented to them by [Alex] Karmo, who describes himself as a “manager for players from Africa in Champasak,” and club president Phonesavanh Khieulavong.

These appear to allow Champasak to pay the boys nothing at all, while also demanding that unrealistic conditions be met should the teenagers want to leave.

Karmo says the players are fed three times a day and paid every month.

“We don’t give the [minors] professional contracts, just a contract that gives them bonuses,” Khieulavong told the BBC.

Bella Tapeh, who is a Mother of a 17-year-old who decided to stay, says she is okay with her son’s decision, “I don’t want him to come back to Liberia until he succeeds in his dream.”

Yet, one returned footballer described his time abroad as feeling like “slave work.”

“This is a very serious situation. It is shocking to FIFPro that a club from Laos, which – with all due respect – is a very small football country, can lure minor players from Liberia without Fifa noticing. ”

According to NGO Culture Foot Solidaire, about 15,000 youth are transported out of West Africa to leagues such as Champasak each year.