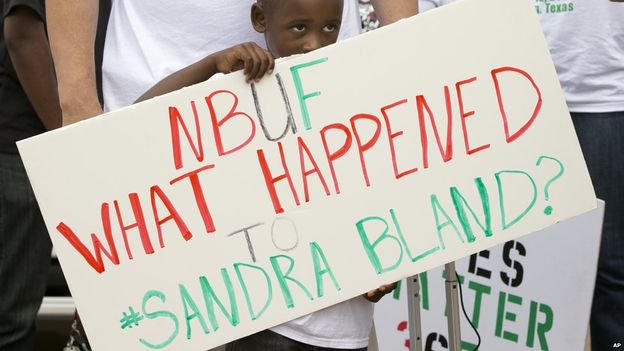 The police dashcam video of Sandra Bland (pictured), the Chicago, Illinois, resident who died in her jail cell last week after being arrested for a traffic violation, has been released. And while authorities reportedly thought the releasing of the video would mitigate tensions, with a number of high-profile viewers claiming the video was edited, the video appears to be raising more questions than answers in to the 28-year-old’s arrest and untimely demise. 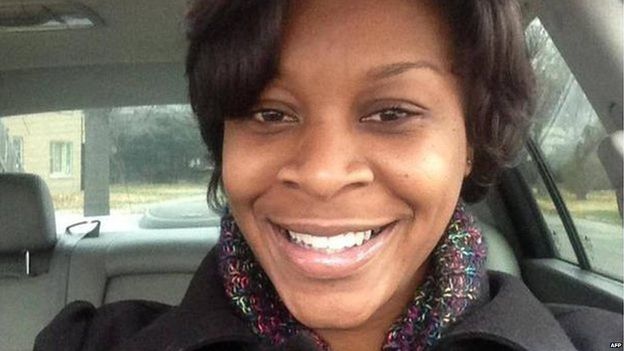 Just as Bland was on her way to her alma mater, Texas Prairie View A&M University, to begin her new job, Texas State Trooper Brian Encinia pulled her over for a traffic violation.

“I am, I really am irritated. I don’t understand what I’m getting a ticket for,” Bland says. “I was getting out of your way. You were speeding up, so I move out of your way, and you stop me.

“So yeah, I am a little irritated, but that doesn’t stop you from giving me a ticket.”

Seemingly calm, Encinia asks her, “Are you done?”

To which Bland responds, “You asked me if I was irritated and I told you. So now I’m done, yeah.”

After a short pause, Encinia asks Bland to put out her cigarette.

Bland asks, “I’m in my car why do I have to put out my cigarette?”

Encinia then orders Bland out of the car. When Bland doesn’t respond, he opens her car door.

With his voice rising, Encinia insists, “Step out or I will remove you.”

Bland says, “No, no, you do not have the right. I refuse to talk to you other than to identify myself.”

Encinia then reaches in to the car and attempts to pull her out.

Encinia yells, “You are under arrest!” and continues to struggle to remove Bland from the vehicle.

Bland gets out of the car replying, “Wow, you are doing all of this for a failure to signal? Let’s take this to court.”

Moments later, the pair are no longer in view of the camera, but a bystander’s cell phone would capture Bland being thrown to the ground with several officers standing around her.

Watch the tense exchange between Bland and Encinia here (starts at 8:46):

Bland would be arrested and put in jail. And while she did manage to secure a $5,000 bond for her release, on July 13th, she died in her jail cell. 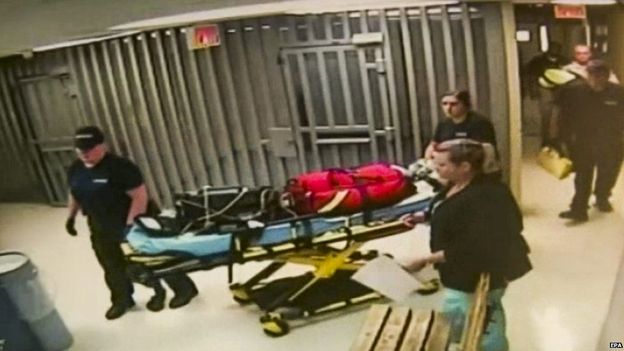 The coroner who performed Bland’s autopsy says that Bland died from hanging herself, but her family rejects the claim that Bland would commit suicide and are requesting an independent autopsy.

I edit footage for a living. But anyone can see that this official video has been cut. Read/watch. Why? #SandraBland http://t.co/2JXy9Zc4Y3

Watch the #SandraBland video and count how many times cars disappear half way down the street. How many times the same cars drive past.

Not only is the #SandraBland video edited like crazy, it’s a hack job. Who ever did it sucks and could have only assumed no one would see it

When it’s you vs cops, it doesn’t matter if the law and constitution are on your side, they will still kill you and get away with it. — Sean Bonner Ⓥ (@seanbonner) July 22, 2015

The video appears to have a number of inconsistent breaks and loops.

At 25:05 into the video (see clip below), a tow truck driver can be seen walking toward Texas State Trooper Brian Encinia’s cruiser before walking out of the frame. Fifteen seconds later, the same driver reappears and completes the same walk out of the frame as audio of Encinia speaking plays uninterrupted.

At 32:37 (see clip below), a white car drives into the camera’s view but then immediately disappears. Seconds later, the same car reappears and makes a left-hand turn.

In response to the alleged edits, the Texas Department of Public Safety said they will review the 52-minute video.

They also announced that they will be investigating Bland’s death as a murder and have currently placed Encinia on administrative duties for “violations of procedures regarding traffic stops and the department’s courtesy policy.”