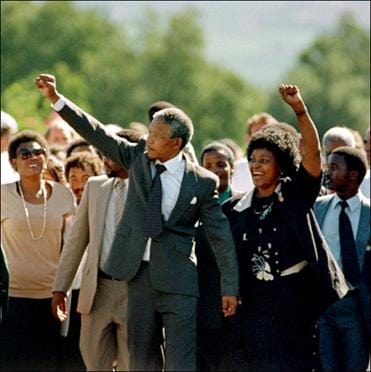 I had “Conversations with myself” on a “Long walk to freedom” and with all my training I learned that people should be free.

Prior to this day a nation was oppressed and human rights were deprived, as a result of the most dreading term "Apartheid."

The movement that culminated to that day started a long time ago. Events have been depicted from a great man’s involvement in the struggle, Nelson Mandela, who founded the "Umkhonto we Sizwe," meaning the spear of the nation, was arrested in 1962, and eventually was detained for 27 years in Robben Island.

The struggle for an apartheid free South Africa belonged to our ancestors, the illustrious working class South Africans who put their lives on the line to see this dream come to pass.

And like lines from William Ernest Henley’s “Invictus,” which Mandela read to strengthen his resolve “I thank whatever gods may be for my unconquerable soul. Under the bludgeoning of chance My head is bloody, but unbowed. No matter how charged with punishment the scrolls, I am the master of my fate: I am the captain of my soul.”

Even though some groups celebrate UnFreedom Day to shed light on the injustices currently going on in South,  today is a very happy day for the country, and even more so for the continent of Africa. South Africa’s success story is a true example of the potential within Africa.

Face2face Africa congratulates South Africa and the strides it has made in its bourgeoning freedom.