Ghana’s Food and Drugs Authority (FDA) has resolved to ban the sale of cosmetic products which contain the skin bleaching ingredient hydroquinone, effective August this year. The decision, which forms part of a directive from the state’s Standard Authority, is an attempt to deter users of the cancer-causing chemical within the Ghanaian market.  FDA spokesperson James Lartey has confirmed that such products could no longer be imported to the country as part of efforts to bolster public health and safety.

Skin bleaching remains a norm in Ghana especially among celebrities and youths. Just recently the country’s local professional boxer, Bukom Banku not only confirmed bleaching his skin but also admitted bleaching just so he gains a national assignment from President John Mahama as Ghana’s ambassador to Germany. 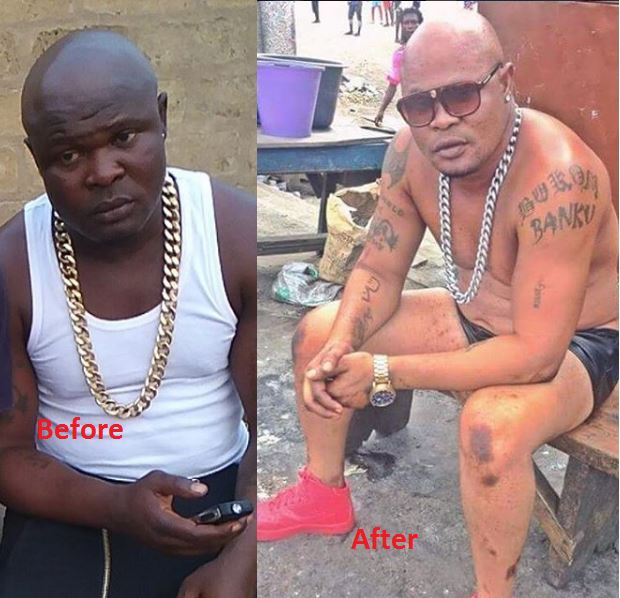 “I am bleaching my skin because when John Mahama wins 2016 elections, he will make me Ghana’s ambassador to Germany. I am bleaching myself for German people to know that German peo­ple and Bukom Banku are one. Bleaching can’t affect my skin because I have a very good skin. Again, rashes can’t affect me because I am using Cleaning Claire and I am taking medicine as well. If I don’t bleach they won’t give me that position…and if you see me now I look fresh because of President John Mahama,” Bukom Banku is recorded stating.

The use of hydroquinone products is banned in the United States, Japan, Australia and the European Union; research conducted by the US Food and Drugs Administration indicates that the chemical contained cancer-causing elements inimical to the health of one’s skin. Also, retired dermatologist Professor Edmund Delle has warned persons who indulge in the act of skin bleaching arguing that they stand the chance of not only damaging their skin but also “giving room to all manner of skin infections and health related diseases.”