The new Ghanaian leadership has denied granting former President John Mahama permission to retain the official residence of the Vice President for his continued personal use, according to BBC. Mahama’s failure to vacate the house, even after his term expired on Saturday, has raised questions, with critics calling his continued presence at the official residence unlawful.

Mahama was defeated in last month’s general election by incumbent President Nana Akufo-Addo. Before his four-year term as president, Mahama served as a deputy to late President John Attah Mills.

During his time as VP, Mahama lived at Bungalow No. 3, Prestige Link, Cantonments, Accra, the official residence of the vice president. He continued to live there even after became president, declining to move into the presidential villa, an impressive stool-shaped building known as Flagstaff House that remained vacant throughout his time in office. 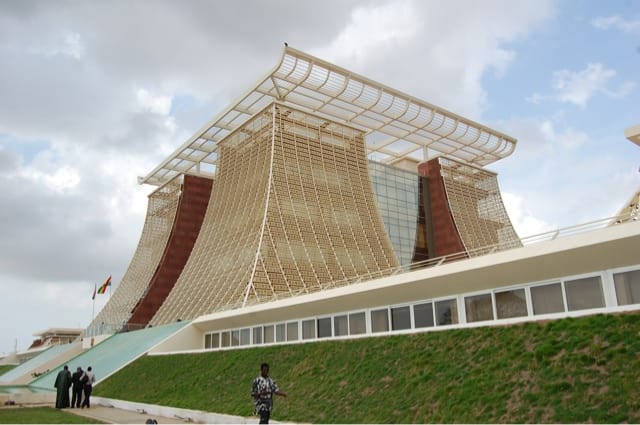 The Flagstaff House, the official residence of the Ghanaian president. Photo Credit: Nairaland

Mahama’s refusal to vacate the residence of the VP has left incoming Vice President Mahamudu Bawumia without an official home. There have also been reports that Mahama has reached an agreement with the incoming government to retain the residence as a retirement home.

Conflicting reports suggest that Mahama has reached an agreement with the incoming government to retain the residence as a retirement home.

However, representatives from President Akufo-Addo’s camp have denied such reports. Presidential Spokesman, Yaw Osafo Mafo, said Mahama’s request was rejected and he was never granted permanent ownership of the residence.

“We have not approved of his request and I want to repeat [that] we have received the request and the requests are two…for him to be given his ex-gratia, where he lives, and also be given another property as his office,” Mafo told the Daily Guide.

Ghanaian law requires that all outgoing ministers and government officials must vacate their official residence within three months after the swearing-in of a new government or face forceful eviction.

In an official statement released on Sunday, Mahama slammed reports that the incoming vice president was stranded and struggling to find an official residence to live and work from.

He explained that the incoming vice president is expected to take up residence in a house known as Australia House, which was previously occupied by former Vice President Kwesi Bekoe Amissah-Arthur.

He also denied reports that he refused to vacate the official residence of the vice president, saying a parliamentary provision entitled him to a residential and office accommodation, even while out of office.