All social media platforms in Ghana could be shut down during the country’s much-anticipated November 7 general elections, Inspector General of Police (IGP) John Kudalor has revealed. According to Kudalor, this measure may be taken as part of efforts to stamp out the abuse of such platforms by political parties and supporters. He argues that such abuse has the potential of heightening tensions in the country during the election period.

“At one stage I said that if it becomes critical on the eve and also on the election day, we shall block all social media as other countries have done. We’re thinking about it. We are also thinking about the other alternative that the police should be IT compliant and get our own social media [account] to be able to stop these things on time.We are looking at the variables and come D-Day, we’ll come out with a decision,” Kudalor explained to the media.

The announcement by Ghana’s police service has sparked a public outrage. Analysts argue the IGP could be exposed to several legal battles with regards the right to information and the freedom of speech. Ghana’s most forceful pressure group, Alliance for Accountable Governance (AFAG) has condemned the proposed move by the police administration. The group declared in a press statement that the police ”lacks appreciation of the use of online social networking technology.” 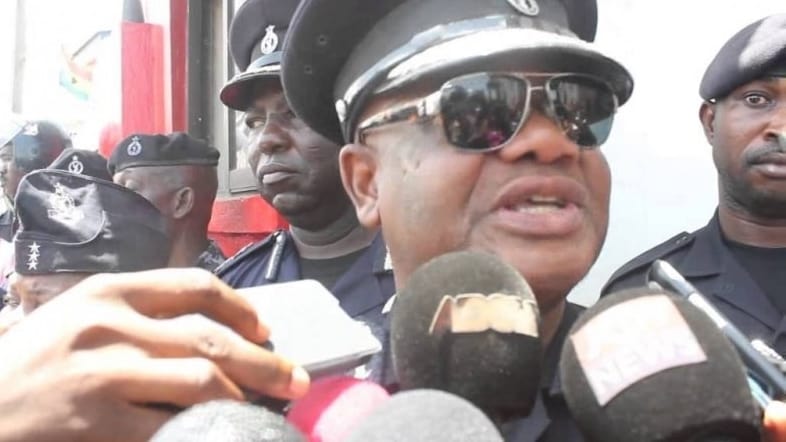 President of the Ghana Journalists Association (GJA) Affail Monney fears that a possible shutdown of social media has the potential of affecting the dissemination of news and information in the country, thus describing the move as a ”surgical blow” to Ghana’s online and mainstream media. However, despite calls for the police administration to rescind efforts to shut down social media, IGP Kudalor maintains his position arguing that Ghana’s security is far more important than social media.

If Ghana proceeds with a social media shutdown, it would become the latest African democracy to deny users access during general elections. A similar action was taken recently by the government of Uganda during its hotly contested February elections, when the incumbent President Yoweri Museveni insisted it was a temporary security measure against political tensions. How will Ghana’s reputation as one of Africa’s most stable and open democratic nations be affected by such a policy? Only time will tell.