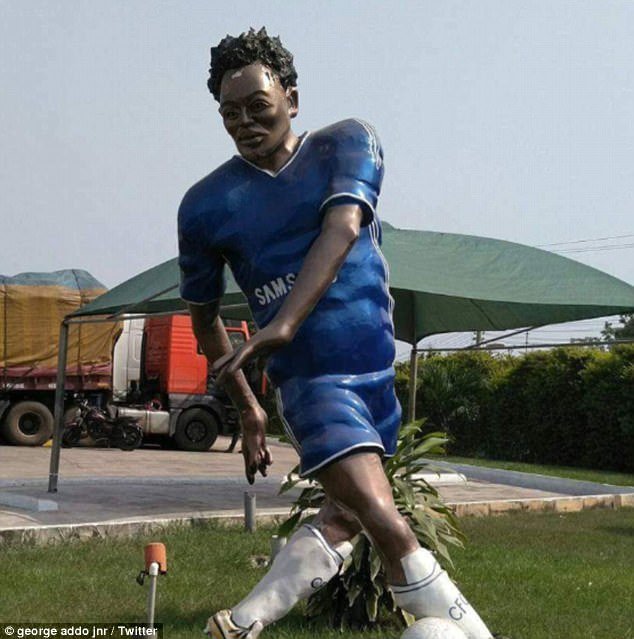 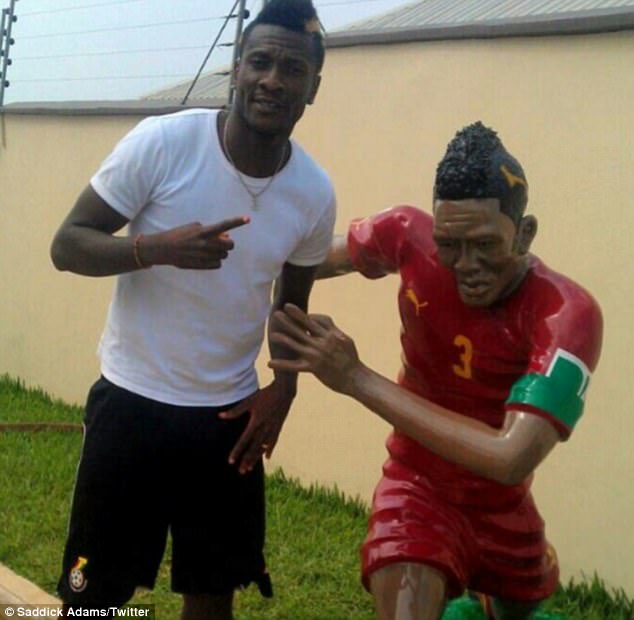 Former Chelsea footballer, Michael Essien’s latest statue erected in his home country may pass out as the worst if reactions on social media are anything to go by.

Critics say the statue has zero resemblance to the midfielder as his head is not in proportion to his body and the upper part of his body seems quite heavier than his lower part.

It was the same reaction for a statue in honour of footballer Asamoah Gyan in tribute to his services for his country.

Surprisingly, the sculptor who designed Essien’s statue is the one behind the statue of Gyan. Gyan’s statue also has its head and shoulders appearing to be too big compared to the rest of his body.

The Ghanaian sculptor behind both statues, Dominic Ebo Bismarck, remains unfazed amidst the uproar.

“Artwork must be criticized and I’m ever ready to accept criticisms. I am ok with it as most are coming from a layman’s point of view,” Bismarck said in an interview with Face2Faceafrica.com.

“Sculpture and portraiture are about the likeness of the person especially the face but it doesn’t have to look exactly the same. Once people are able to notice the person in the art, then you have done a good job,” he explained.