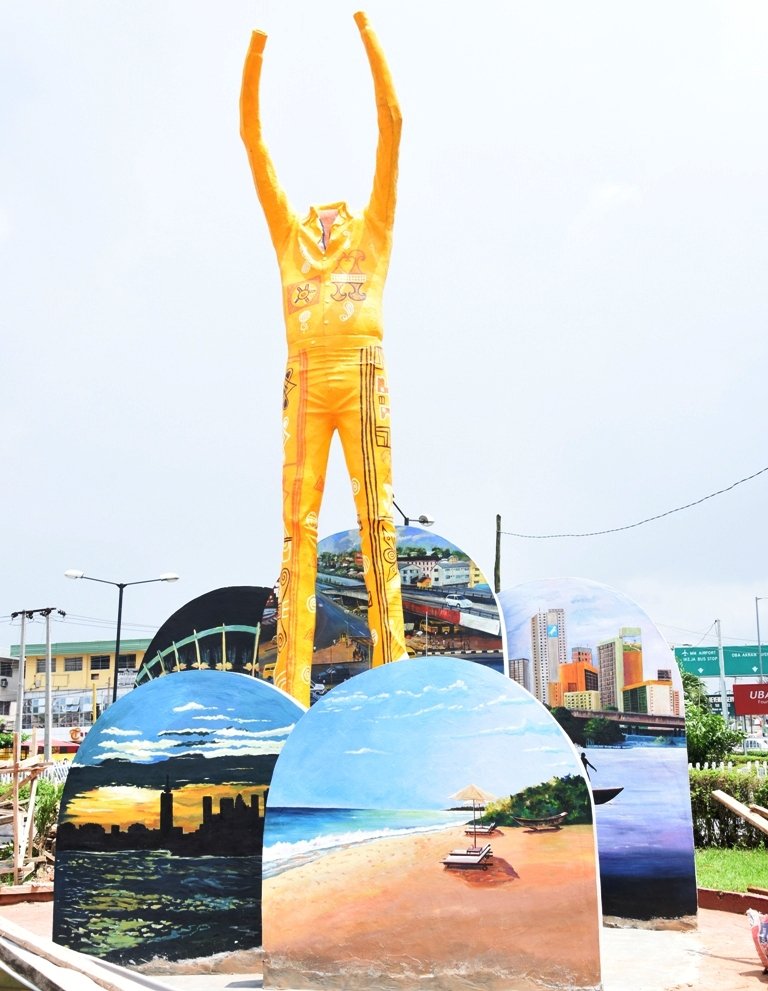 A statue was erected last year in honour of music legend and Afrobeat pioneer Fela Anikulapo Kuti who died on August 2, 1997, at the age of 58.

The Liberation Statue was unveiled at the popular Allen Roundabout in Ikeja, Lagos on Fela’s 79th birthday as part of activities marking the 20th anniversary of his demise.

It was sculpted by Nigerian artist Abolore Sobayo who used fibreglass to design the golden headless effigy of the legend with its handless arms raised into the sky.

People criticised the statue for not having a head. The artist said it was headless to respect the wishes of the musician.