African-American and cowboys are an unlikely pair nonetheless, and according to Smithsonian, one in four cowboys were black.  Their narrative, though distinctive, isn’t widely discussed. One of the few depictions of Black cowboys is the 1989 short-lived show named Lonesome Doves based on the Pulitzer Prize-winning novel of the same name by Larry McMurtry. Esteemed actor Danny Glover played Josh Deets; a former slave turned cowboy.

These Cowboys were derivatives of slaves in the 19th century brought by White settlers who were looking for inexpensive land to farm and tend to cattle. Keep reading to learn more about the unspoken Black cowboys. 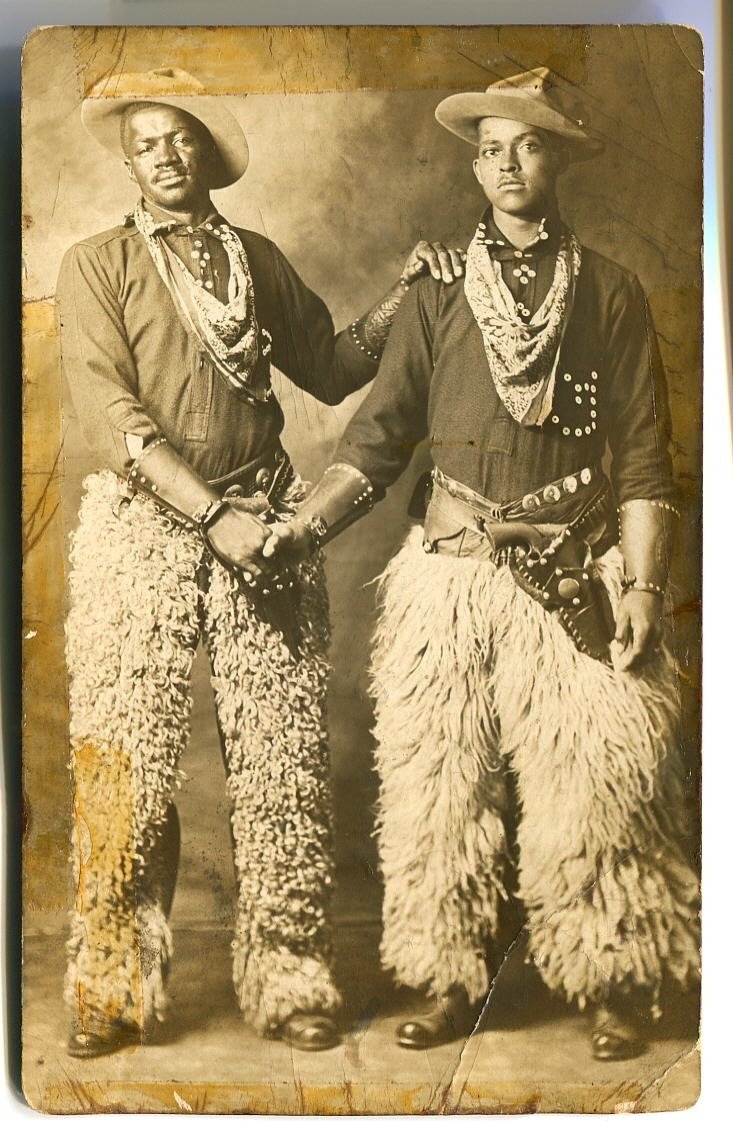 Cowboys were known to exist dating back to the 15th century.  However, it wasn’t until the 17th century in the 1800s that slaves along with their masters traversed to what is now known as Texas.  Previously, Texas was a Spanish territory, then Mexican property before finally becoming part of the union.

The Mexicans outlawed slavery by the 1820s, nevertheless, White settlers brought slaves along without any threat of reprisal.  While the settlers fought in the Civil War, the slaves maintained the land and tended to the cattle. Without efficient technology and materials, many of the herds left before the war were lost or uncontrollable after the settlers returned from war.  The Emancipation Proclamation now required that the former slaves be paid for their services. The few occupational options available to the former slaves were working as elevator operators and delivery persons. Those up for the challenge chose to venture into the frontier and become cowboys.

The demand for cowboys peaked when ranchers started offering their cattle in the northern territories.  Lack of railroads meant that the cattle had to be physically transported to states such as Kansas, Colorado, and Missouri.  The African-American cowboys rounded up these herds while on horseback and were met with rough terrain, violence from Native Americans guarding their land against what they thought were invaders, discrimination and segregation.

Nevertheless, the African-American cowboys found solace in each other and their Caucasian counterparts – something that wasn’t being widely shown amongst other free slaves. Comradery was needed after facing the harsh realities of life after slavery.  Nat Love, a former slave turned cowboy stated in his autobiography: “They were always ready to share their blanket and their last ration with a less fortunate fellow companion and always assisted each other in the many trying situations that were continually coming up in a cowboy’s life.”

Another name that comes to mind is Bose Ikard, an African-American cowboy and former slave. Ikard was actually the influence of the before mentioned Josh Deets. Ikard was born in the 1840s as a slave and was a forerunner for the well-known Goodnight-Loving Trail. Ikard lived with his master’s family before the Civil War and became a skilled farmhand and cowboy.   He also served as Charles Goodnight, his former owner’s tracker and make-shift banker. After his last cattle run in 1869, Ikard got married and settled with his wife and family. Ikard died on January 4, 1929.