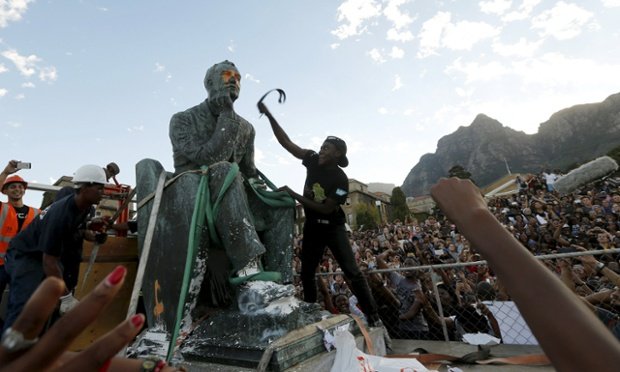 South Africa’s University of Cape Town protested for months against a statue of 19th Century British colonialist Cecil Rhodes. The protesters said it had “great symbolic power” which glorified someone “who exploited black labour and stole land from indigenous people”.

It was removed after several months of protests last year. Other monuments of colonial-era leaders have also been the target of protests in South Africa.