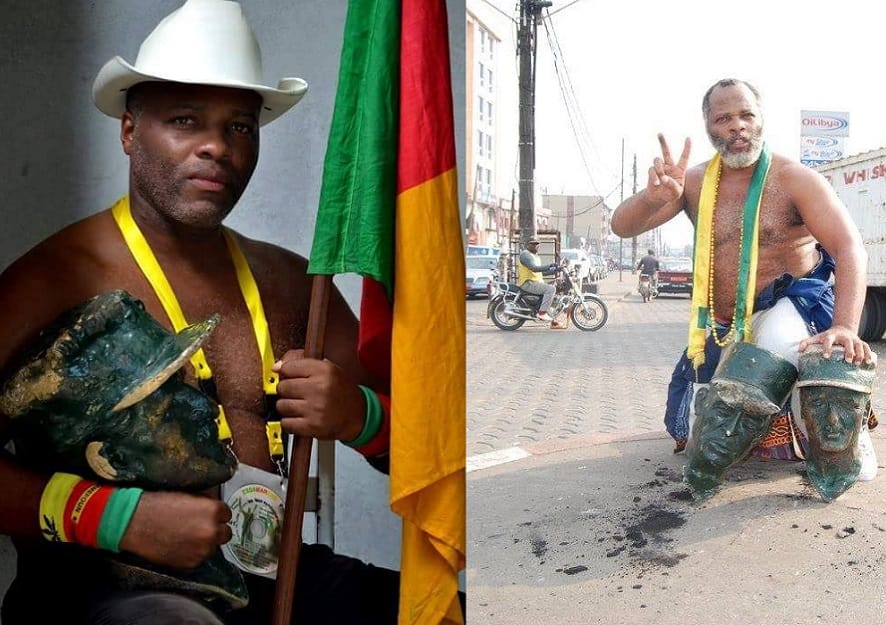 He launched his campaign in 2015 to behead all the colonial statues in Douala and he started with that of General Philippe Leclerc de Hauteclocque.

He flaunted his conquest by sharing on his blog and on social media professional photographs of himself posing with the statue’s head.

Essama was arrested and sentenced by a Douala-Bonanjo court to three months in prison and fined for “destruction of public property” after he pulled down the French colonial “statue of the unknown soldier” in the city centre days after the first “conquest”.

A few months after his release from prison in December 2016, the activist erected a statue of John Ngu Foncha – a pivotal figure in the unification of the British and French Cameroons – at a busy intersection in the city.

He was hailed by his growing supporters for erecting the statue which did not see the light of day. Unidentified angry looking policemen pulled the statue down in a few hours and dragged it away.