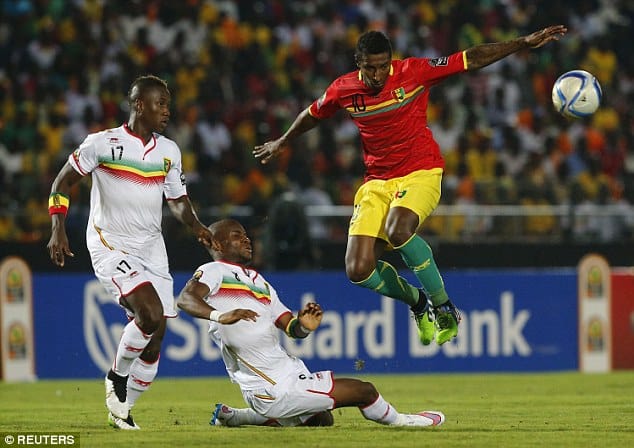 UPDATED 1/29/15, 12:28 P.M. EST: After the drawing of lots, Guinea will advance in the African Cup of Nations and Mali will not. Therefore, Guinea will face Ghana on Sunday.

One representative from Guinea and Mali took part in Thursday’s draw, which involved selecting balls from a bowl.

Mali’s football association president Boubacar Diarra went first and pulled out the ball that placed them third in the group.

With Diarra in tears, Amara Dabo, financial director of the Guinea sports ministry, then drew the ball that confirmed his side in second place.

Dabo said: “The god of football fortune has smiled upon Guinea after this hard long journey.”

Since the last game of the group stages ended in an inconclusive manner, Mali and Guinea will have to wait for a lot draw to know who will progress to the quarterfinals.

This unusual circumstance involving a lot draw, which will take place on Thursday afternoon, 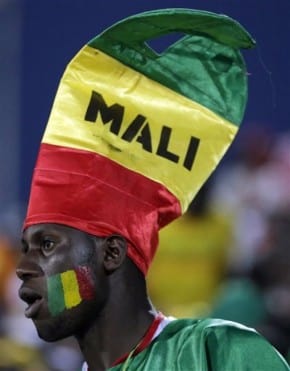 will determine the team that advances.

Both Group D teams finished with 3 points having ended their final group game in a 1-1 draw.

The scenario and result from the game per the tournament rules has compelled the Confederation of African Football (CAF) to enforce the drawing of lots to decide which team qualifies.

The last time this questionable rule was enforced was some 27 years ago, when Algeria benefited after the drawing of lots at the expense of Ivory Coast.

Outside of the African Cup of Nations (AFCON), this rather outmoded rule has been utilized at the World Cup in 1954 and as recently as in 1990.

The winner of the lots drawing will face Group C winners Ghana in the quarterfinals Sunday afternoon.

Both managers of the two West African teams have registered their displeasure at the ongoing process. 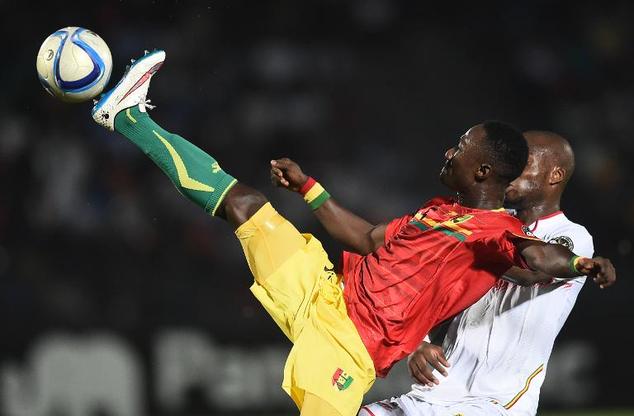 They agree that a reputable tournament such as AFCON should have a better way to advance teams rather than leaving it to fate.

Mali’s manager, Henri Kasperczak, said to BBC Sports, “We have to solve the problems of qualification without a drawing of lots.”

Guinea coach Michel Dussuyer echoed the same sentiment, saying, “Mali does not deserve to be eliminated in this way, just as we do not.”