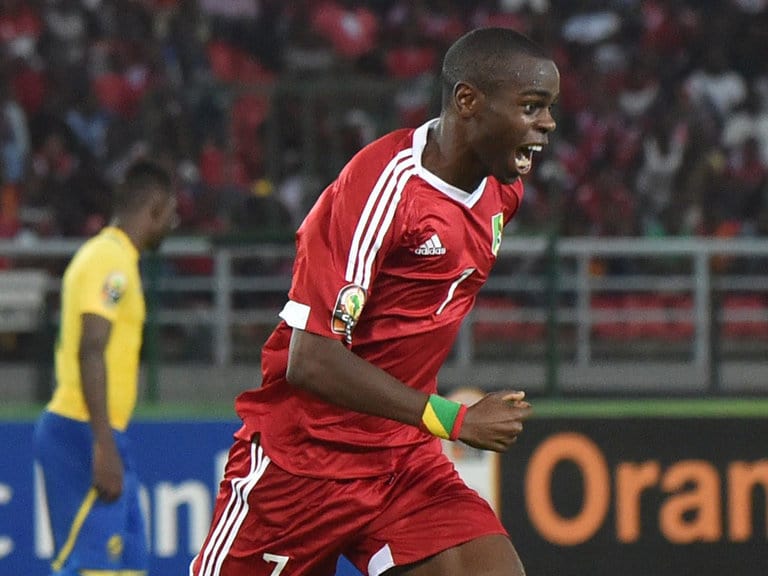 Congo won their first African Cup of Nations (AFCON) game in 41 years by beating Gabon, which moved them to the top of Group A with one more game to go.

Gabon had been the better side in terms of ball possession, however, some poor marking in the 48th minute saw them being punished by a Prince Oniangue (pictured) goal.

The result means Congo requires only a draw against Burkina Faso to qualify while Gabon will need a win against the host nation Equatorial Guinea to advance.

This was Congo coach Claude LeRoy‘s 34th game at an African Cup Nations. Therefore, the French holds the record of having coached the most games at the biannual tournament.

Unfortunately, Gabon has themselves to blame for losing the game as they squandered many begging chances to put the game well beyond the Congolese.

Luck and experience from LeRoy’s coaching may have given Congo the needed boost to top the group at this stage of the tournament. 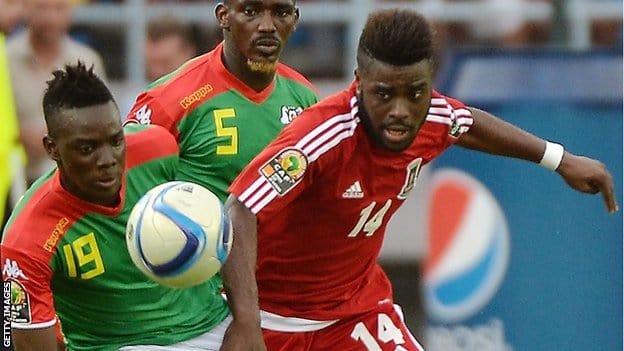 In the other group game, host Equatorial Guinea were more than happy to settle for a goalless draw against Burkina Faso.

Burkina Faso were unlucky to not have buried the host nation, after a superior performance that saw them hit Equatorial Guinea’s goal post twice in this match.

The first came In the 19th minute, when Alain Traore‘s free-kick hit the bar — the Stallions‘ woeful bad luck continued as they kept missing several goals.

Equatorial Guinea attackers Emilio Nsue and Iban Edu had their moments of creative chances to spur the host nation in to a surprise win during the second half but none materialized.

With these results, all teams in Group A are still in contention of moving in to the quarterfinals.