It all began with what many would describe as the first oil war, which was fought in the 19th century in the area that would later become Nigeria.

Nigeria was then known as the slave coast but by the 1870s, this changed as Britain were no more willing to acquire slaves and rather opted for palm oil.

This product attained high demand by the British through the 19th century, as it was needed as an industrial lubricant for machinery.

The increased need for the tropical plant by the British, which is native to the Niger Delta, was also to maintain the feat that the British had achieved: being the world’s first industrialised nation.

Initially, most of the trade in the palm oil was not coordinated as natives were able to sell the product to the highest bidder. Native chiefs became wealthy because of palm oil.

Europeans, on the other hand, were competing over who would acquire preferential access to the palm oil trade. 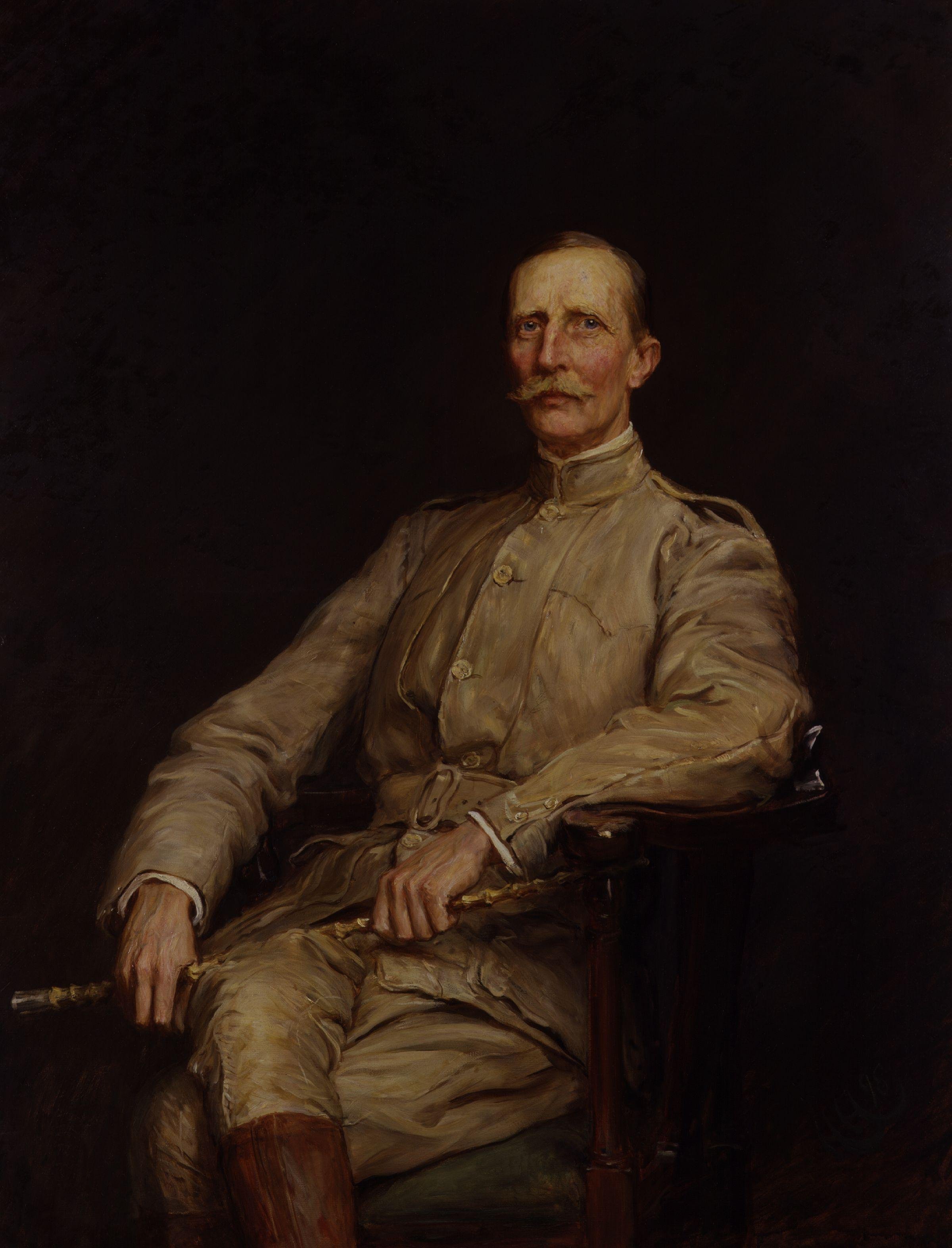 Sir George Dashwood Taubman Goldie (1846–1925), an aristocrat of the Isle of Man, would be an important figure in Nigeria’s palm oil business.

In 1879, Goldie formed the United African Company while he took control of the Lower Niger River.

“By 1884, his company had 30 trading posts along the Lower Niger. This monopoly gave the British a strong hand against the French and Germans in the 1884 Berlin Conference. The British got the area that the UAC operated in, included in their sphere of influence after the Berlin Conference,” according to accounts by africasacountry.com.

The Berlin Conference of 1884–85 was a meeting between European nations to create rules on how to peacefully divide Africa among them for colonization.

The conference, basically, gave the British access to the Lower Niger and did not leave much for the Germans and French.

After the British got the terms they wanted from other Europeans, they directed their attention to the African chiefs.

By 1886, Goldie had started moving inwards into River Niger and Benue, which was against the verbal agreement he had made with the chiefs.

The initial agreement was that the United African Company would not go past the coastal areas.

In that same year, the company’s name changed to “The National Africa Company” and was granted a royal charter, giving it the right to administer the Niger Delta and all lands around the banks of the Benue and Niger Rivers.

The company was subsequently renamed to “Royal Niger Company”, which survives, as Unilever, till date.

The Royal Niger Company went ahead with its unfair trade with the local chiefs.

Historical accounts state that the British tricked the native chiefs into signing agreements that gave them the exclusive rights to export palm oil after originally agreeing that there will be free trade in the region.

The chiefs believed this and signed deceitful contracts that were written in English. 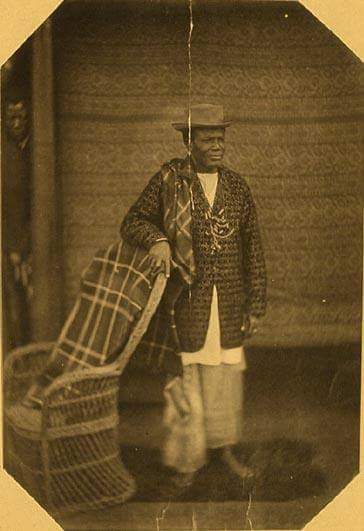 The British enforced those contracts and hence when Jaja, a chief from Opobo wanted to export palm oil on his own, he was accused of obstructing commerce and was forced into exile.

He was, however, in 1891, allowed to return home but he died on his way back after being allegedly poisoned with a cup of tea.

Jaja’s incident got many of the native rulers to start taking a second look at the deals they were getting from the Royal Niger Company.

Frederick William Koko Mingi VIII of Nembe kingdom, popularly known as King Koko was one of such rulers.

Having been faced with encroachment from the Royal Niger Company, he also had qualms with the monopoly enjoyed by the company and tried to seek out favourable trading terms, with particularly the Germans. 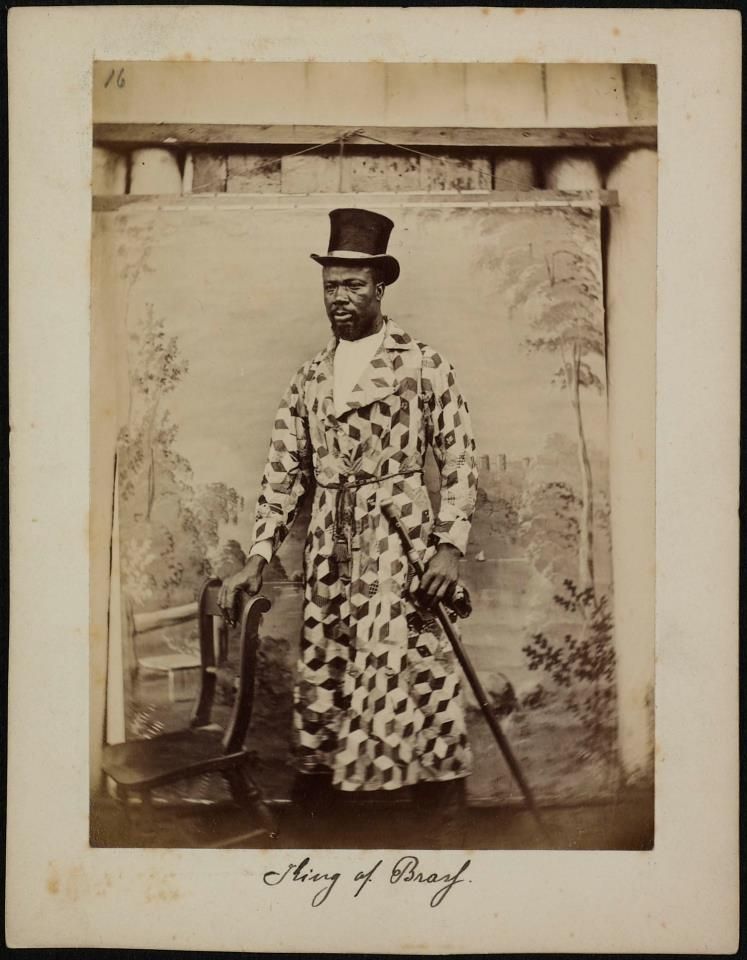 The Royal Nigeria Company, was by 1894, denying natives direct access to their former markets and essentially dictated whom they could trade with.

Following this and further restrictions, King Koko, in that same year, denounced Christianity and formed an alliance with the kingdoms of Bonny and Okpoma to take down the company.

The Bonny refused the alliance but this did not stop the move.

According to historical accounts, on January 29, 1895, King Koko led an attack on the Royal Niger Company’s headquarters, which was in Akassa in current day Bayelsa state.

King Koko succeeded in capturing 60 white men as hostages, as well as, several goods and ammunition, though he lost 40 of his men.

King Koko agreed to release his white hostages in exchange for being allowed to choose his trading partners but the British refused to negotiate with Koko, who subsequently killed 40 of the hostages.

As retaliation, Britain’s Royal Navy attacked the area of Brass (Nembe) and burned it to the ground on February 20, 1895, killing many people in the town.

The British, by April 1895, had resumed their normal operations while King Koko was on the run. The people of Brass were fined £500 (today’s $35) by the British while the looted weapons and the surviving prisoners were returned.

King Koko was also reportedly offered terms of settlement by the British, but he rejected it and disappeared.

He was declared an outlaw by the British. He, however, committed suicide in exile in 1898.

The Brass war, however, negatively affected public opinion in Britain against the Royal Niger Company, hence the company’s charter was revoked in 1899.

Following this, the Royal Niger Company sold its holdings to the British government for £865,000 (1.1 million dollars).

That was the amount Britain paid to acquire the area that would later be known as Nigeria.